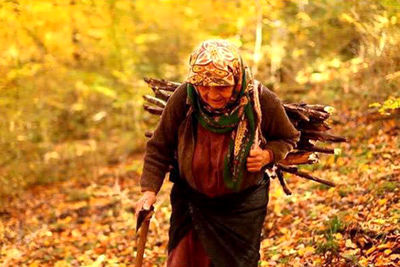 TEHRAN.(Iranart) - Iranian documentary Beloved, directed by Yaser Talebi, has been nominated for Estonian People's Award at the 33rd Pärnu Film Festival in Estonia.

Directed by Yaser Talebi, the Iranian documentary has been nominated for the Estonian People's Award at the 33rd Pärnu International Documentary and Anthropology Film Festival in Estonia.

The film has recently received the best feature documentary award and a diploma at the 15th Kazan International Muslim Film Festival in the Republic of Tatarstan, as well as a special mention from 25th edition of Shanghai Television Festival in China.

‘Beloved’ follows the life of an 80-year-old mother named Firouzeh who is fond of her isolated lifestyle in nature with her cows. The film shows her kind and loving character and demonstrates her bravery and strength tackling the hardship of life in the Alborz mountains without the modern comforts of technology. She believes happiness lies in the simplicity of life.

Pärnu International Documentary and Anthropology Film Festival is the oldest of its kind in the Baltic countries.

According to the event’s website, one of the main themes of the festival is the survival of indigenous peoples and their cultures. But the screening program also includes social interpretations of contemporary society, portraits of interesting people and human relations as well as films on music and art.