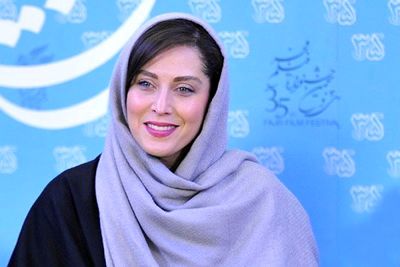 TEHRAN.(Iranart) – Iranian actress Mahtab Keramati, the star of acclaimed movie Mazar-i-Sharif, has been selected as the president of the 19th Imagineindia International Film Festival, which will be held in the Spanish capital of Madrid from May 17 to 31, 2020.

She won the award best actress at the 2015 Imagineindia for her performance in Ghosts by acclaimed Iranian filmmaker Dariush Mehrjui.

Keramati also was named best actress at the International Film Festival of Tamilnadu in Chennai, India in 2016 for her role in director Hassan Barzideh’s drama Mazar-i-Sharif about Taliban terrorism in Afghanistan.

Her fellow Iranian filmmaker Mehdi Rahmani will be in company with her on the jury, which also is composed of Indian film expert Modhura Palit, Polish filmmaker Hanna Polak and Afghan actress Leena Alam.

Iranian director Reza Mirkarimi’s drama Castle of Dreams will be competing in the official section of the festival, which also features the Indian movies Bulbul Can Sing by Rima Das, Aamis by Bhaskar Hazarika and Aadhar by Sumon Ghosh.

Aga’s House by Lendita Zeqiraj from Kosovo Summer Survivors by Marija Kavtaradze from Lithuania and Brotherhood by Pavel Lungin from Russia will be screened in the official competition.

In addition, Driving Lessons by Iranian filmmaker Marzieh Riahi will be screened in the short films competition.