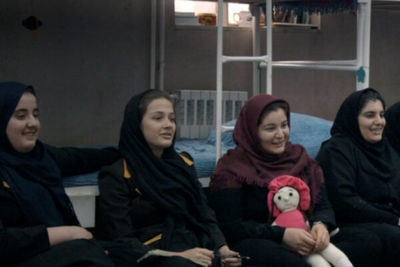 The world premiere of Sunless Shadows, directed by Iranian filmmaker Mehrdad Oskouei, kicked off the 32nd edition of IDFA on November 20.

Filmed in a small juvenile detention center, Sunless Shadows steps into the enclosed world of five young Iranian women, all accomplices in the murder of their abusive husbands, fathers, or brothers-in-law.

“Through breathtaking monologues and whip-smart interactions, the beauty, humor, and tragedy of the characters daily lives confirms that a murder story is never simple. Women opting for violence is a complex decision—perhaps anywhere in the world,” writes IDFA in praise of the film.

Sunless Shadows was realized with the support of the IDFA Bertha Fund.