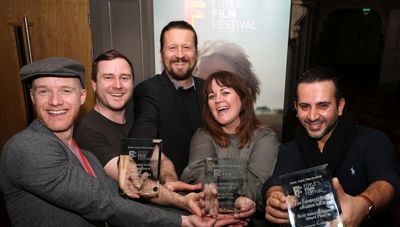 The film will also qualify for further consideration at the 2019 Academy Awards following its win at the closing ceremony of the event held at the Brunswick Moviebowl in Derry-Londonderry.

Actor and producer Sorush Saeidi attended the ceremony to collect the award.

Funfair tells the story of Majid, a young financially struggling man who comes up with a ploy in order to better the life of his wife, Sarah.

“We are delighted to present these three deserving films with our prestigious Light in Motion award,” festival director Bernadette McLaughlin said that the closing ceremony.

Over 120 short films from some 23 countries around the world were screened during the festival.