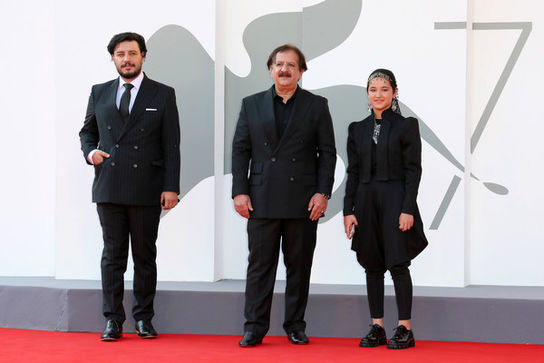 Majidi and a number of the movie cast including  Javad Ezzati, Shamila Shirzad, Ramin Koosha and Amir Banan took part in this ceremony

"The Sun ", is one of 18 Movies which has a chance to win the Golden Lion Award as the best International movie. The film was the first showed on Saturday  for media Community in lido and had five more plays till night. This movie will be shown 9 more times until Monday for press and public