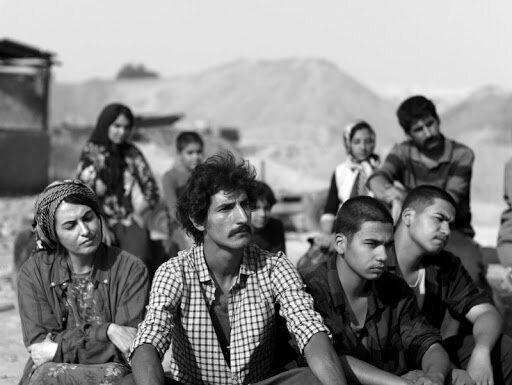 TEHRAN.(Iranart) – Iranian director Ahmad Bahrami’s drama “The Wasteland” will be competing in the official section of the 28th Art Film Festival, which will take place in the Slovakian city of Kosice from June 23 to 27.

The drama is about Loftollah, a man who lives in a godforsaken land. He is a dutiful messenger between his boss and the destitute inhabitants of a colony that has manufactured bricks as long as anyone can remember.

Its time has now come, however: bricks are no longer in demand. Everyone must leave. Loftollah, who has lived there his entire life, delivers the bad news and helps people pack up and move away. But what will become of him?

This neorealist film made a low-key sensation during last year’s festival season. Upon its world premiere in Venice, it won three awards, including Best Film in the Horizons section and the critics’ FIPRESCI Prize.

The remarkable picture posits, among other things, that the most destructive consequence of job loss is not poverty, but the ensuing loss of empathy for others. When people no longer realize that they’re part of a near-feudal system, they won’t protest, even if life is on the line.

The film’s original statement is framed by black-and-white images, mining a rich vein of captivating atmosphere and timeless symbolism out of the forbidding wasteland.

“The Wasteland” also won the Firebird Award for the best film at the 45th edition of the Hong Kong International Film Festival in April.

The film is also competing in the SIFF Highlights: Viva la Festival at the 24th edition of the Shanghai International Film Festival, which is currently underway in the Chinese city.

The 28th edition of the Art Film Fest Film Festival was originally planned for June 19 to 27, 2020, however, it was postponed to 2021 due to certain measures related to COVID-19.