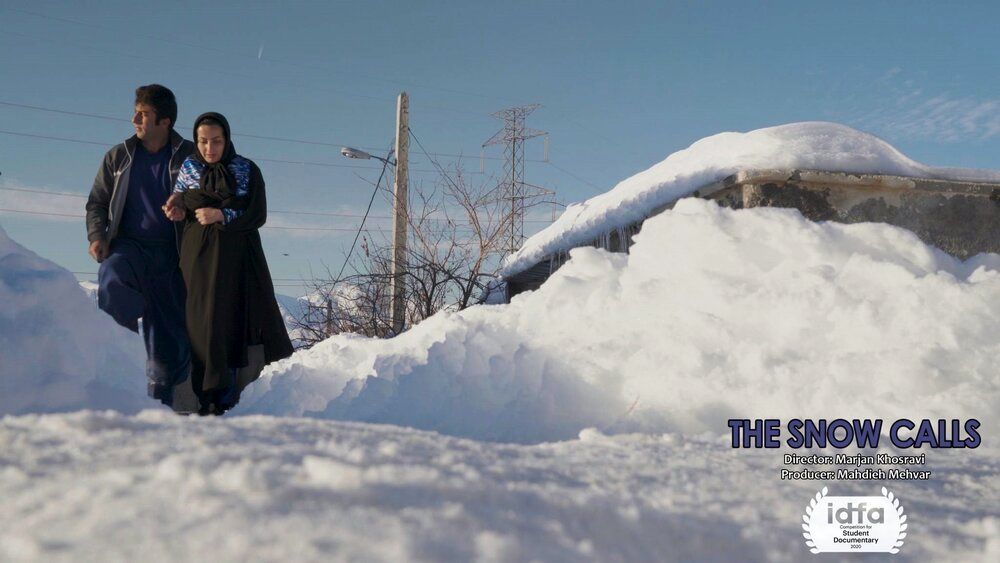 The Iranian documentary film “The Snow Calls” has won an honorable mention at the 30th International Festival of Ethnological Film in Belgrade, Serbia.

iranart: The film directed by Marjan Khosravi was screened in the student film category.

“Special mention for student film goes to an intimate portrait of the family and the position of a brave woman in a patriarchal environment that keeps us hoping and in suspense at how the family life will change with a new birth,” the jury said in its statement published on Friday.

“The Snow Calls” is about Mina, who has just one more chance after bearing three daughters. Her next child has to be a boy or her husband will marry another woman. That’s the tradition.

The very pregnant Mina and her family live in southwestern Iran, where the rules of the Bakhtiari tribe apply. This time, the expectant mother decides not to have an ultrasound scan, for fear of the result and the gossip that would ensue. She is already under enough pressure from her in-laws, although she still has people on her side, too.

As the snowdrifts become deeper, and the outside door will barely open anymore, the atmosphere in the household becomes increasingly oppressive. Will there be a happy ending with the birth of a son, or are we watching a life that is about to fall apart?

“Kanarta: Alive in Dreams”, a co-production between Japan and the UK directed by Akimi Ota, won the award for best student film.

Polish filmmaker Maciej Cuske’s “The Whale from Lorino” was honored with the Dragoslav Antonijevic Grand Prix.

“With respect to the ethnographic and cinematic approach to the chosen subject matter, this film represents a strong experiential sense of the ‘edge of life’ in terms of the existence and spirit of a nation,” the jury said about the film.

“Dark Red Forest” by Jin Huaqing from China was named best film in the international competition, and the Dobrivoje Pantelic Award for best film about indigenous culture in independent production went to “Zeneru” by Andrea Grasselli from Italy.

The award for best national film was given to “Blue Frontier” by Ivan Milosavljevic.