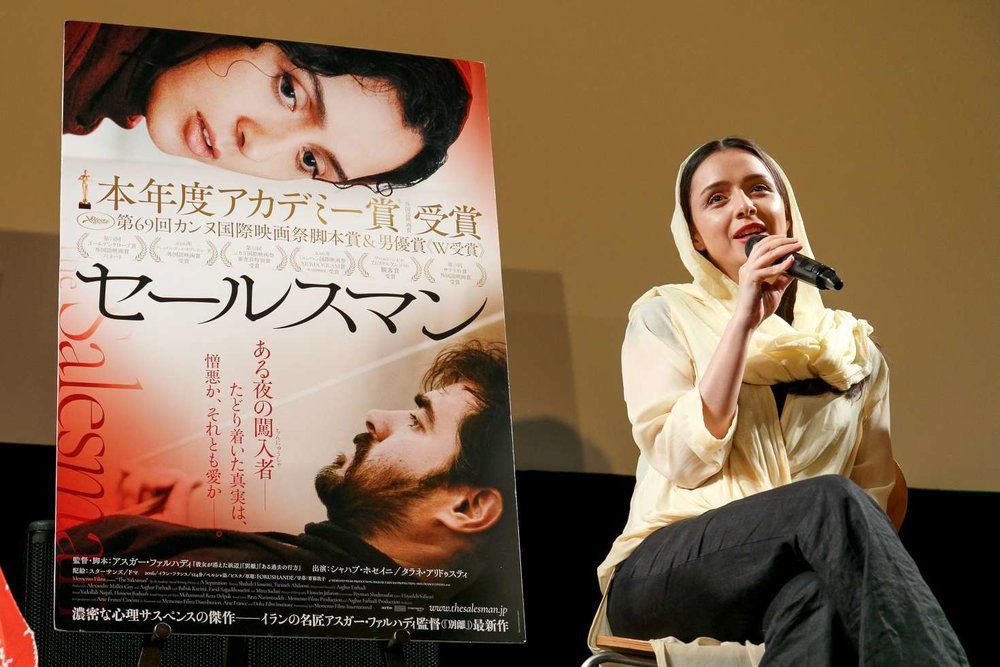 TEHRAN.(iran art) – Iranian actress Taraneh Alidoosti visited Tokyo from June 6 to 10 to attend a retrospective of her films that was organized by the NHK in the Japanese capital.

“I’m Taraneh, 15”, her debut film directed by Rasul Sadr-Ameli in 2002, and “Modest Reception”, the 2012 tragicomedy by Mani Haqiqi were discussed during the retrospective, she announced on her Instagram.

In addition, “About Elly” and the Oscar-winning movie “The Salesman”, both directed by Asghar Farhadi, were also screened.

After “The Salesman” was nominated for an Oscar in the best foreign-language film category at the 89th Academy Awards, Alidoosti, said that she would boycott the Oscars ceremony in protest over U.S. President Donald Trump’s proposed ban on visas to citizens from seven countries, including Iran.

Photo: Iranian actress Taraneh Alidoosti attends a talk show for “The Salesman” in the Japanese capital of Tokyo on June 7, 2017