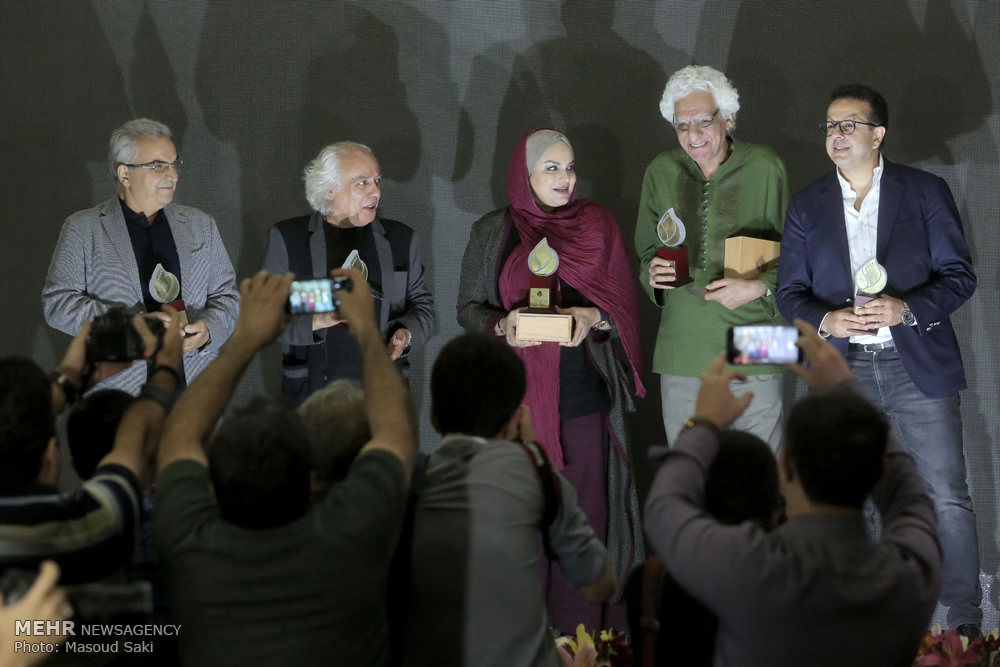 The ceremony was attended by Minister of Culture and Islamic Guidance Reza Salehi-Amiri and a large number of cineastes.

Alvand received his award from Masud Kimiai, director of the acclaimed movie “Qeysar”.

In his acceptance speech Alvand said that if Kimiai had not made “Qeysar”, he would probably not be a filmmaker today.

“Kimiai divided the cinema into before and after him, and I am happy he is present here and handed me this award,” Alvand said.

“I have four precious days in my life: my birthday, my wedding day, the day I was honored beside great filmmakers and today,” Alvand remarked.

The organizers also celebrated Davudi’s 62nd birthday after he received his award from his colleague, Rakhshan Bani-Etemad.

“I have been busy with my new project over the past month and I arrived at the ceremony in haste, but I didn’t know friends would show such great kindness towards me,” he added.

Moqaddam was the third honoree.

Addressing the minister, Moqqaddam expressed his hope that no film would face a ban.

Purahmad, the last filmmaker to received his award from Kianush Ayyari, also asked the cultural officials to help stop the producers from spending huge sums of money on worthless superstars.

Due to their high rates of pay, Iranian cinema has been paralyzed, he said.

The guild also handed several awards to other filmmakers besides its annual awards.

Narges Abyar, the director of the award-winning drama “Track 143”, received an award as a promising filmmaker at the celebration.

“I think Abyar has proved that she is a clever filmmaker with a bright future,” the director of the guild, Mohammad Bozorgnia, said.