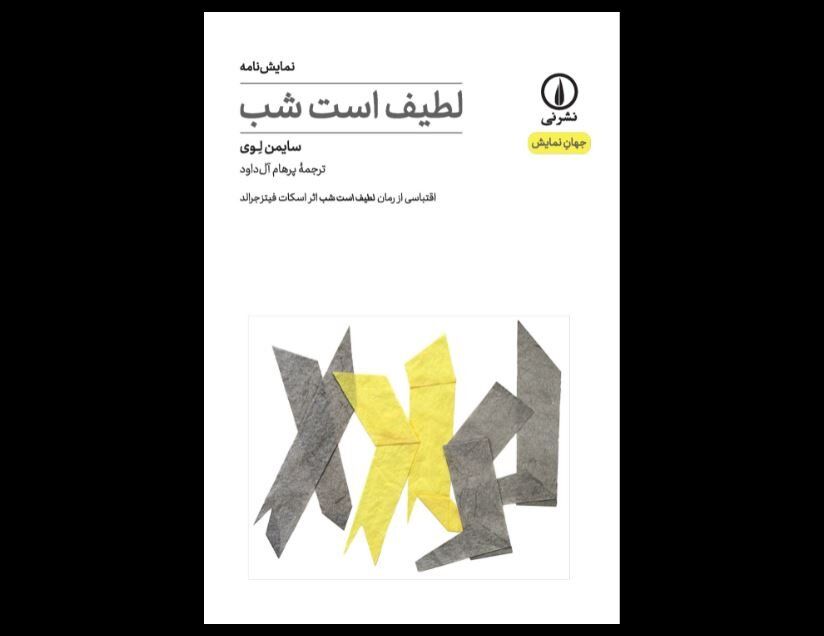 TEHRAN – (Iranart)- “Tender Is the Night” by American playwright Simon Levy has been published in Persian.

Parham Al-e Davud is the translator of the book released by Ney Publications.

“Tender Is the Night” is a stage adaptation of a novel with the same title by American writer F. Scott Fitzgerald.

The play is about Dick and Nicole Diver, a glamorous couple who rent a villa in the South of France and surround themselves with a circle of friends, mainly Americans.

Rosemary Hoyt, a young 17-year-old actress, and her mother are staying at the nearby resort. Rosemary becomes infatuated with Dick and also becomes close to Nicole. Dick toys with the idea of having an affair with Rosemary.

Rosemary senses something is wrong with the couple, which is brought to light when one of the guests at a party reports having seen something strange in a bathroom.

Tommy Barban, another guest, comes loyally to the defense of the Divers. The action involves various other friends, including the Norths, a frequent occurrence being the drunken behavior of Abe North.

The story becomes complicated when Jules Peterson, a black man, is murdered in Paris and ends up in Rosemary’s bed at the hotel, a situation which could destroy Rosemary’s career. Dick moves the blood-soaked body out of the room to cover up any implied relationship between Rosemary and Peterson.

A stage adaptation by Levy, with permission of the Fitzgerald Estate, was produced at The Fountain Theatre, Los Angeles in 1995. It won the PEN Literary Award in Drama and several other awards.

Tender Is the Night Simon Levy