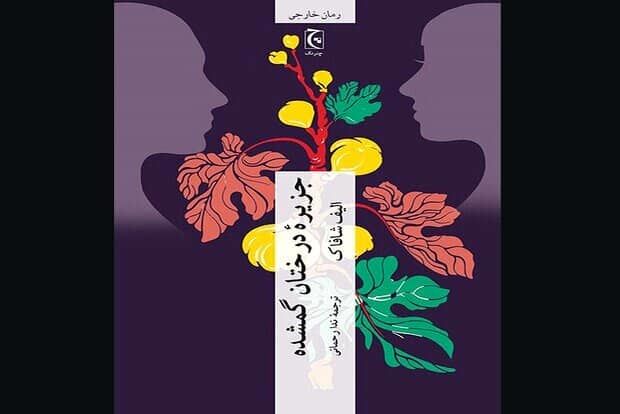 Iranart: Neda Rahmani is the translator of the book published by Chatrang. Another translation by Ali Salami has previously been published by the Noon publishing house in Tehran.

The novel is a rich, magical new book on belonging and identity, love and trauma, nature and renewal, from the Booker shortlisted author of “10 Minutes 38 Seconds in This Strange World”.

Two teenagers, a Greek Cypriot and a Turkish Cypriot, meet at a taverna on the island they both call home. In the taverna, hidden beneath garlands of garlic, chili peppers and creeping honeysuckle, Kostas and Defne grow in their forbidden love for each other.

A fig tree stretches through a cavity in the roof, and this tree bears witness to their hushed, happy meetings and eventually, to their silent, surreptitious departures. The tree is there when war breaks out, when the capital is reduced to ashes and rubble, and when the teenagers vanish.

Decades later, Kostas returns. He is a botanist looking for native species, but really, he’s searching for lost love.

Years later, a Ficus carica grows in the back garden of a house in London where Ada Kazantzakis lives. This tree is her only connection to an island she has never visited - her only connection to her family’s troubled history and her complex identity as she seeks to untangle years of secrets to find her place in the world.

A moving, beautifully written and delicately constructed story of love, division, transcendence, history and eco-consciousness, “The Island of Missing Trees” is Shafak’s best work yet.

Several of Shafak’s novels, including “The Hidden” and “Three Daughters of Eve”, have also been published in Persian.

Shafak is the most widely read female author in Turkey. She writes in both Turkish and English, and has published seventeen books, eleven of which are novels.

Her work has been translated into fifty languages. Shafak holds a Ph.D. in political science and she has taught at various universities in Turkey, the U.S. and the UK, including St. Anne’s College, Oxford University, where she is an honorary fellow.

Shafak contributes to major publications around the world and she has been awarded the title of Chevalier des Arts et des Lettres. In 2017 she was chosen by Politico as one of the twelve people who would make the world better. She has judged numerous literary prizes and is chairing the Wellcome Book Prize 2019.