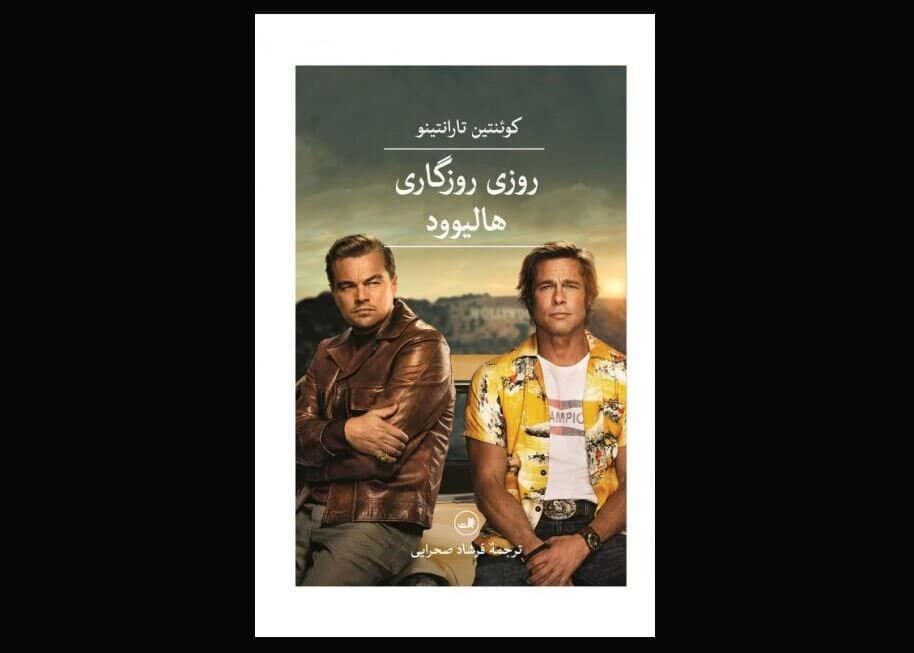 Another Persian translation of Quentin Tarantino’s debut novel “Once Upon a Time in Hollywood” has recently come to Iranian bookstores.

Iranart: The book has been published by Saless with translation by Farshad Sahrai. The first Persian rendition by Alireza Shafinasab was published by Moon a few weeks ago.

“Once Upon a Time in Hollywood” is a novelization of Tarantino’s 2019 film of the same name. It debuted at number one on The New York Times fiction bestseller list.

Tarantino has said that the novel is “a complete rethinking of the entire story” and adds details to various sequences and characters, including multiple chapters dedicated to the backstory of Cliff Booth.

The novel also departs from the film; the film’s finale occurs towards the beginning of the novel, and its aftermath includes Rick Dalton earning newfound fame as a regular on “The Tonight Show Starring Johnny Carson”.

It also focuses on Charles Manson’s pursuit of a music career and the “inner worlds” of Sharon Tate and Trudi Frazer.

There is a chapter dedicated to the Manson Family’s “creepy crawls”. In it, Manson instructs “Pussycat” to break into a wealthy, elderly couple’s house while they are sleeping.

Manson encouraged going into wealthy unvacated homes, which the Manson girls would enter and steal valuables. He taught them to wear dark clothing and “crawl” through the house. The term “creepy crawl” was invented by the Manson girls.

Quentin Tarantino Once Upon a Time in Hollywood