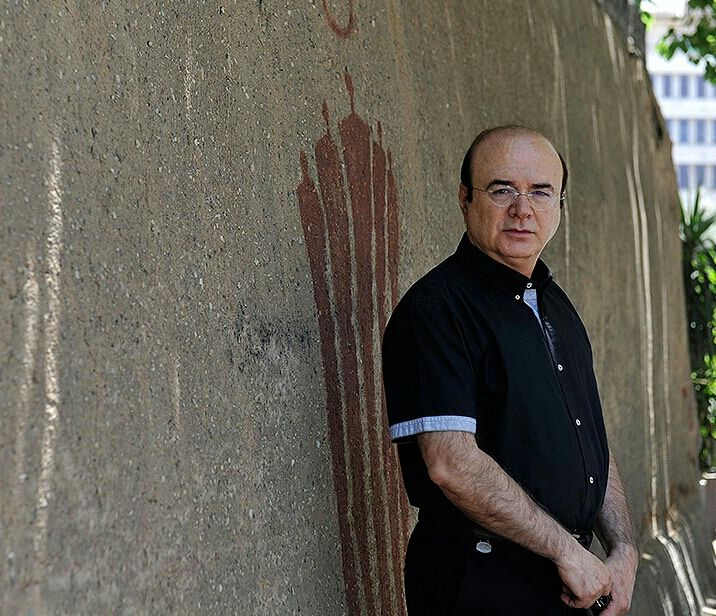 TEHRAN. (Iranart) – Composer Manouchehr Sahbai is against the idea of privatizing the national symphony orchestra.

It was back in 1992 that composer Manouchehr Sahbai was invited to Iran by the late Fereydoun Naseri to conduct the Tehran Symphony Orchestra, the country’s oldest and largest symphony orchestra.

He did conduct the TSO for some time after Rahbari passed away, with his final performance in 2007. With his extensive experience in the field, Sahbai did manage to give a new lease of life to the TSO - at least for three years. This all came to an end in 2010. He is now conducting the Iranian Majlesi Orchestra. This gave Honaronline the opportunity to conduct the following interview with him.

What brought you to Iran after so many years of living abroad?

I began playing music at the TSO at the age of 18. I also studied and taught music at the Radio and Television School. I got a degree in music after studying in Europe. But for some reasons I couldn’t return home. A lot was going on there in the music industry. That led to my staying there for 35 years! I came back to conduct the TSO and I’m happy to have made that decision. I’m now conducting the Iranian Majlesi Orchestra.

My main focus is Majlesi Orchestra. I’m doing this in collaboration with my wife Manijeh Sahbai, among others. Our next concert is at Vahdat Hall on June 29-30. It will be a limited edition with fewer instruments. We will be playing musical pieces from Italian and Norwegian composers like Giuseppe Baldassare Sammartini, Antonio Lucio Vivaldi, and Edvard Grieg.

You have an extensive knowledge and experience in the field. What makes a successful orchestration?

I could offer up my own opinion.  Great orchestral music is practical. All parts stay within the ranges of the instruments to which they are assigned. The parts are playable on the instruments they are assigned to. Great orchestral music takes into account more than just instrumental range and playability. It takes into account a great ensemble as well as what the instrument is particularly good at doing, and changes the underlying musical ideas accordingly. You also need to utilize the vast dynamic range of the orchestra to enhance the emotions of the music, and suchlike. And you need to pay your ensemble proper salaries to help them make ends meet. This will discourage them from playing in pop music groups. They should only play orchestral music.

I’m also against the idea of privatizing the national symphony orchestra. This is never the case in Europe. Musicians there get paid by the state and are supported by the state. They have an allocated budget from the government just like schools, parks and hospitals. It’s a crazy idea to private the TSO. It will never work.

How suitable is Vahdat Hall for conducting the Majlesi Orchestra?

It’s a place to listen to A-list musicians and composers. This place should never be a place for performing any other types of music. The idea behind its establishment was to get together top musicians and orchestras from across the globe.

What about municipalities? Could they be of any assistance?

City municipalities in other parts of the world have their own budgets and their own symphony orchestras. For instance, in Paris, the municipality has an orchestra, with an allocated municipal budget. There is no privatized national symphony orchestra in Europe. Here, we have the Majlesi Orchestra and we have to have own budget as well. We never get financial support from the state or the municipality. What we pay to our musicians is not that much, but it’s still a steady salary.

Not many audiences listen to orchestral music these days, particularly the youth. They prefer pop music. At the same time, we cannot shy away from the fact that many in the field have left the industry. Who is to blame?

Pop music is everywhere. It’s a global phenomenon. This is not an artistic or cultural trend of course. It’s all about entertainment. You cannot compare it to classical music or symphony and opera. It’s all about drugs and alcohol and suchlike in Europe and the United States. However, people still have the choice to go to an orchestral concert there. It’s up to them to decide where to go.

Why did this happen? Why do fewer people pay serious attention to classical music?

Perhaps, this has to do with some restrictions in Iran. The same thing is happening in Europe. But they are spending a lot of money to keep the flame alive. They advertise classical music and support it extensively. What we are talking about is some serious music that makes people think. You have to spend money to keep the passion for it alive. You need to advertise the music and encourage people to go and listen to it. It’s the only way to make it popular again.

Many symphony orchestras play the same classical music over and over again. Are you fine with this kind of replication?

You can repeat the music but that has to be with at least two-year intervals. The advantage of classical music is that orchestras play the same pieces differently. This has to do with the quality of the orchestra and the quality of its composer and ensemble. It is wrong to listen to the same music on CD and then compare it to its live performance. You should enjoy the art. You should never compare it.

How about music studies in Iran?

I like to listen to Iranian traditional music. But I don’t think those who work in this particular field should also try their luck or worse interfere in orchestral music. Some interferences do exist and that stops further progress in the industry. I hope the situation could improve and more people would listen to orchestral and classical music. The good news is that in provincial regions classical music is still trending. There are many fans there. After attending the Fars and Sar Chesmeh festivals, I was surprised to see so many fans and so much enthusiasm towards classical music there. This is encouraging.