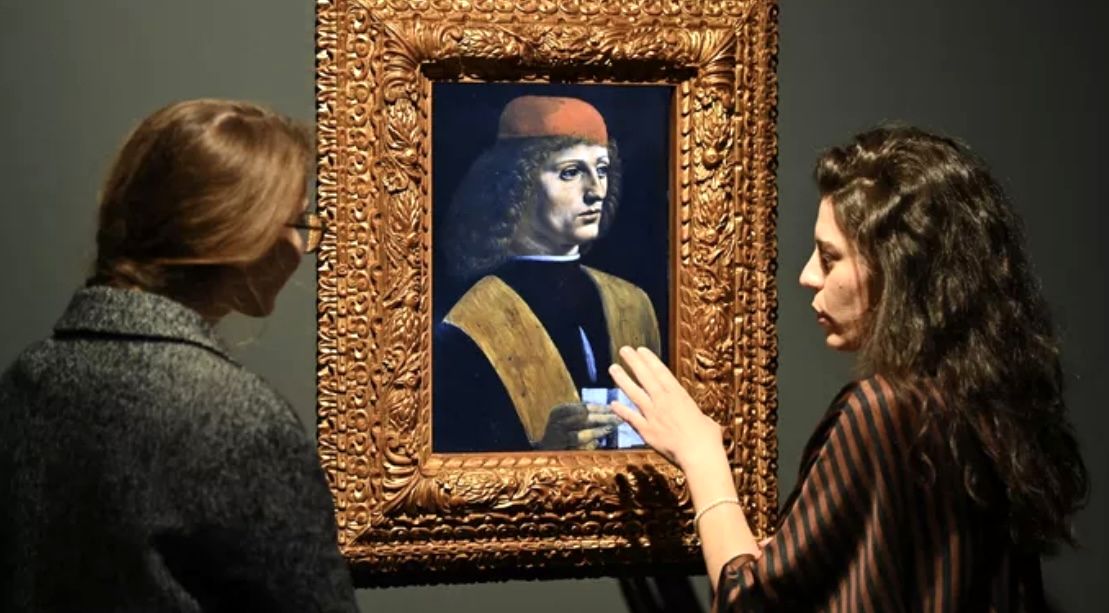 The digitizations of the master paintings presented have been edited in 9 copies each and offered for sale.

Iranart:Vinci, Modigliani, Caravaggio... Digital NFT reproductions of six Italian masterpieces are presented in London as part of the first physical exhibition in the United Kingdom dedicated to this technology which arouses envy and concern in the market of the 'art.

“representative of Italy, from the Renaissance to modern art”

, summarized Serena Tabacchi  of the Cinello company which digitally reproduced the original paintings.

Each of them has been duplicated in "

in cooperation with Italian museums, she explains, and the digital copies have been certified by NFT (non-fungible tokens), allowing a certificate of authenticity to be associated with any virtual object. .

Theoretically tamper-proof, NFTs are designed using “blockchain” technology, which serves as the basis for cryptocurrencies like bitcoin.

Popular on the art market, they reassure collectors against the risk of copying.

First of its kind

Visible on screens, the six Italian works are exhibited in the same format as the original paintings and the frames surrounding them have also been reproduced identically.

The presentation, which opens at Unit London Gallery on Wednesday and runs until mid-March, is "

the first of its kind in the UK

" and allows the public to "

which have really suffered

" during the pandemic, assures Joe Kennedy, the gallery's director.

" for reasons of conservation or transport costs, he adds.

Half of the net sales related to the exhibition or sale of NFT is allocated to efforts to preserve original works in Italy.

In agreement with the museums, nine NFTs were issued for each painting reproduced.

Some have already been sold, including a replica of

by Francesco Hayez sold for the equivalent of 90,000 euros.

by Francesco Hayez, kept at the Pinacoteca di Brera, Milan.

The NFT market, in art but also in other sectors such as video games, soared in 2021 with trade representing 44.2 billion dollars worldwide, according to data from the firm Chainalysis.

In a report on the subject, Chainalysis estimates that NFT transactions from wallets linked to illegal transactions increased in 2021, reaching $1.4 million in the fourth quarter.