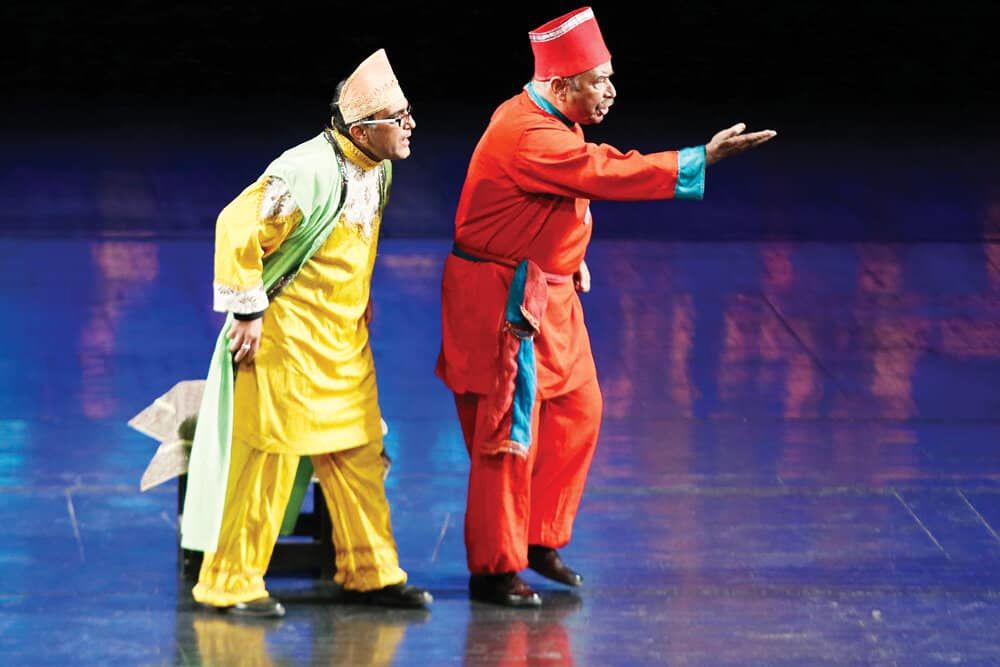 Top performances of the 20th Traditional and Ritual Theater Festival were honored on Sunday evening at Tehran’s Vahdat Hall.

Iranart: “Jik-o-Buk” by Shapur Turkamani Sarabi, “In mourning for the 1001st Night of the Storyteller Scheherazade” by Shahram Ahmadzadeh and “The Story of the Person Who Showed Patience and Saw the Devine Hikma and the Sultan’s Kindness” by Nima Jahanpur were selected as best plays.

“A Festival of the Famine-Stricken People” by Mohammad Mirfakhrai-Motlaq, “A Tazieh of Fereidun’s Test” by Ali Azizi, “Moqarreb al-Khaqan’s Performance” by Mehdi Daryai and “Seven Adventures of Rakhsh and Rustam” by Mohsen Soleimani won honorable mentions.

The winners received their awards from the Minister of Culture and Islamic Guidance Mohammad-Mehdi Esmaeili and Deputy Culture Minister for Artistic Affairs Mahmud Salari.

Performing nearly 100 plays, troupes from across Iran participated in the festival, which took place in Tehran from December 5 to 12.

The festival’s closing ceremony began with a short speech by Davud Fathalibeigi, the president of the festival.

In his speech, Fathalibeigi asked Esmaeili to provide the necessary preliminaries for establishing a national foundation for ritual and traditional theater in order to develop education, research and performances in this field.

He also asked the ministry to support the Traditional and Ritual Theater Festival by dedicating a number of its theaters for the plays performed at the different editions of the event.

Speaking at the ceremony, Esmaeili said that his organization is proud of the Iranian theatrical community and added, the culture ministry, within the scope of its new policy, has specific plans to develop traditional and ritual theater.

“In the government, we have the duty to provide a happy atmosphere for our dear artists in various fields of theater,” he noted.

“The cultural life in a society depends on its active and creative artists,” he stated.

Due to the pandemic, Schumann and Malíková could not attend the awards ceremony, which takes place every year on the sidelines of the festival.

The award was established in 2011 to honor scholars of different nationalities for their efforts in the promotion of ritual and folk artistic performances.