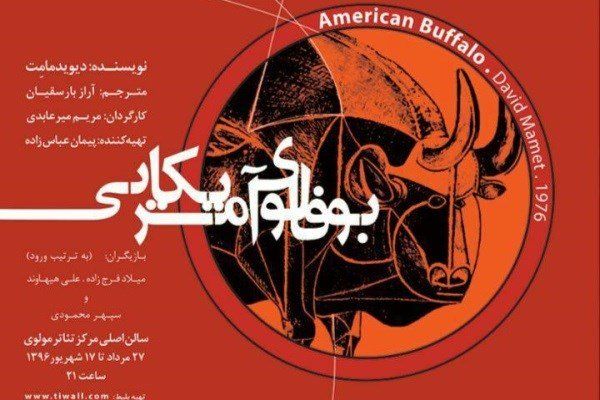 Mirabedi has chosen the drama to stage due to close similarities between what happens in Iranian society and the story line of the play, he said in a press release published on Friday.

“The characters’ inertia and those people who live with over-ambitious plans in society made me to choose the play to stage,” Mirabedi explained.

She spent a year rehearsing the play with a cast mostly composed of university students.

The play, which has been translated into Persian by Araz Barseqian, will be on stage until September 8.

“American Buffalo” is about a junk shop owner named Don who plans to steal back a buffalo nickel that he sold to a customer for ninety dollars after he suspects it is worth considerably more.