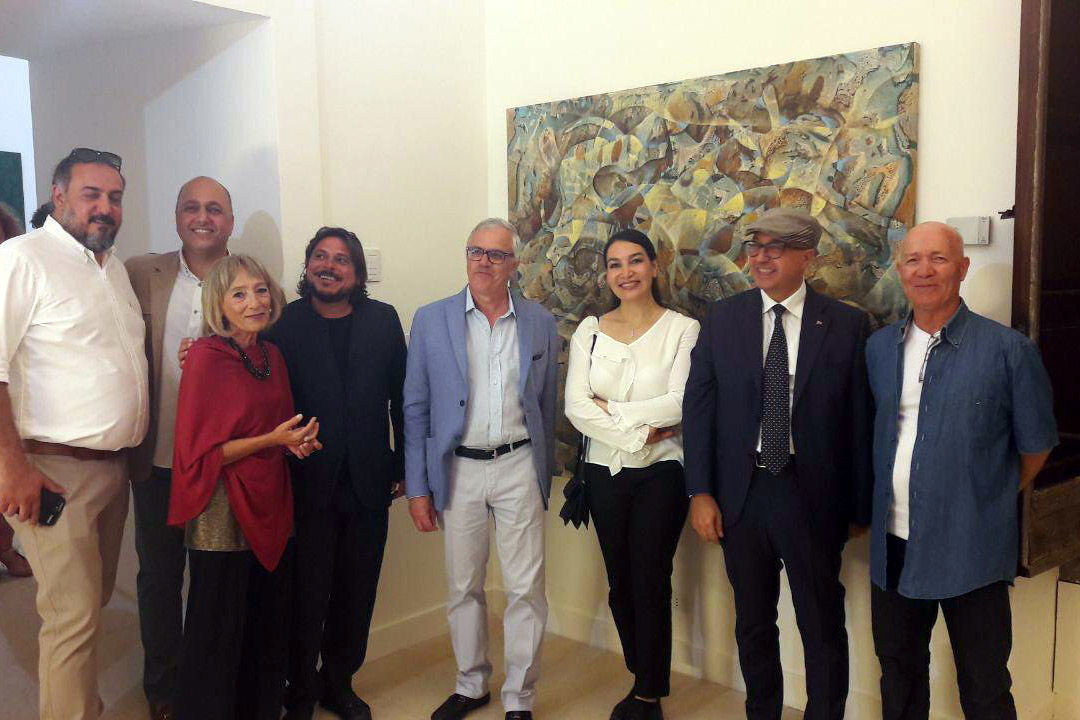 TEHRAN. (HONARONLINE) - An exhibition featuring works by seven Iranian and seven Italian artists is underway at the museum of Certosa Di San Giacomo, a historical monastery on the scenic island of Capri, in Italy.

The Memory and Object exhibition opened September 10 and will run through September 31. It is organized under the auspices of Art Center in Tehran and Garuzzo Institute for Visual Arts in Turin. The joint Iranian-Italian project sees its fourth edition this year. Italian art critic and independent curator Alessandro Demma has curated the fourth edition of Contemporary Visions international series. It is designed to promote cultural commonalities between the two nations.

Addressing the opening ceremony at the museum, Manager of Art Center Gallery Vahid Malek, said, “Art is the most important medium for dialogue between nations. This is particularly true for nations that share cultural commonalities, like Iran and Italy, which have a rich history of culture, art and civilization. The two nations are friendly and family-oriented. It becomes as culture shock for any person who visits these two countries.”

He added, “Hospitality, sociability, compassion and appreciation of familial values are among the common traits between the two countries. It also is a coincidence that green, white and red are the color trio of their national flags. That’s why the Iranian calligrapher Ali Reza Saadatmand has put on display his tripartite work which is in these three colors.”

Malek quoted former Italian ambassador to Tehran Alberto Bradanini as saying: “Italy is like a European Iran; and Iran is like a Middle Eastern Europe.”

President of Garuzzo Institute for Visual Arts also spoke of the challenges in organizing the event. He said, “But the challenges were removed after we met Mr. Vahid Malek who, like us, is an enthusiast of art and international cooperation. The exhibition is indeed an example of collaboration between the private sector and government, local and national institutions, and two countries wanting to cooperate in culture and art.”

Also speaking at the opening ceremony, Iranian ambassador in Italy, Jahanbakhsh Mozafari said, “The ties established between the two countries have been the oldest and most stable Iran has had with any state. For two thousand years these two countries have represented the art and culture of the West and the East.”

He added, “In recent years we have had valuable interaction between artists and cultural figures from the two sides, including seminars, joint projects and cultural initiatives. I would like to express my gratitude to those who organized this important event on this beautiful island. The existing capacities plus the cultural and artistic projects showing at the exhibition can and should help promote and expand cultural relations between our nations.”

Also speaking at the ceremony, Italian Deputy Culture Minister Antimo Cesaro expressed interest in the calligraphy paintings by Iranian artists. “How fortunate it is that Iranians re-manifest their old art in a contemporary form. It is my hoping that Italian artists would also follow suit, being creative with our yesteryear art.”

Also speaking, Iran’s cultural attaché to Italy, Akbar Gholi thanked those who organized and attended the joint event, adding that this was all expected, indeed inevitable.

He said, “Iran’s cultural attaché in Italy will continue to support and promote cooperation between the Garuzzo institute and the Art Center in Tehran. We welcome any future cooperation to this end.