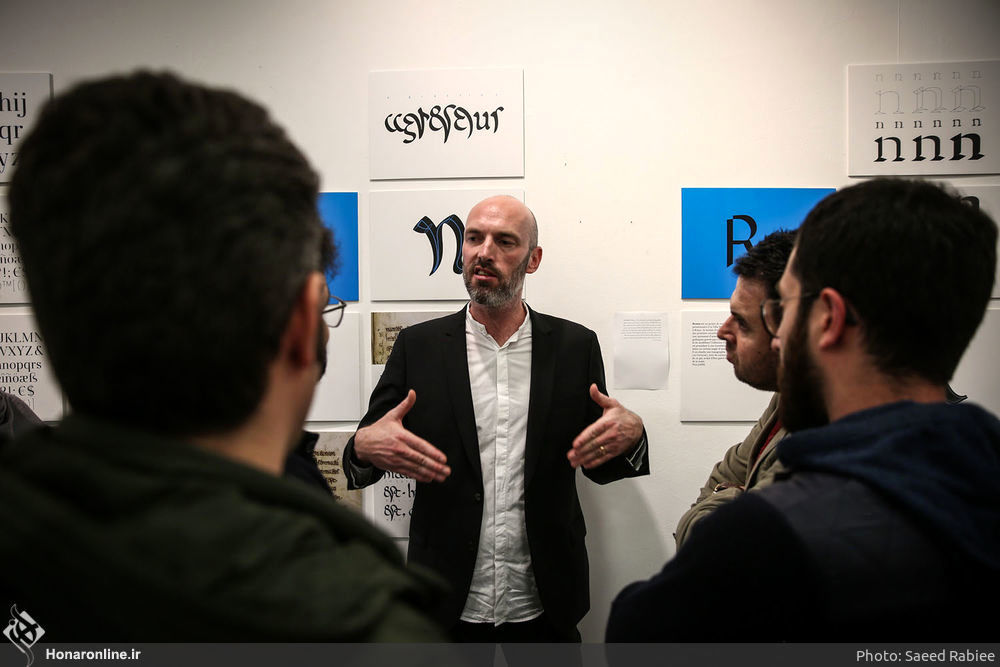 TEHRAN – (Iranart)- The 13th anniversary of the passing of Morteza Momayyez who is considered to be the father of modern graphic art in Iran was commemorated at the Iranian Artists Forum in Tehran on Friday.

A number of Iranian artists and cultural figures attended the memorial organized in collaboration with the Morteza Momayyez Foundation, the forum announced in a press release on Saturday.

An exhibition displaying a collection of Momayyez’s works also opened at the Shahnaz Hall of the forum. In addition, French graphic designer Thomas Huot-Marchand hung a number of his works in an exhibit at the forum in memory of Momayyez. Huot-Marchand also attended the opening ceremony of the exhibition.

“It’s an honor to have Thomas Huot-Marchand here,” said Anushirvan, the son of Momayyez, who is in charge of the Morteza Momayyez Foundation.

Due to the renewed U.S. sanctions, he said that the foundation had trouble transferring Huot-Marchand’s works into Iran via post for the showcase. “He brought the collection with himself for the exhibit.”

He called Momayyez an influential figure in modern Iranian graphic art and added, “He always found the best solution for all of his problems.”