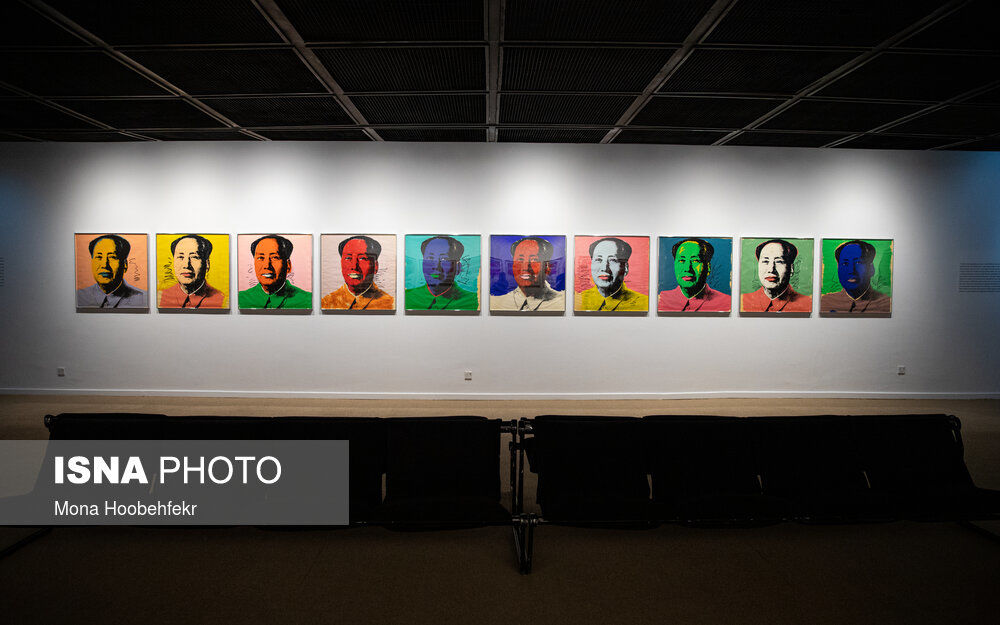 “Our intention is to present a different perspective on Andy Warhol’s works, hence, it is titled, ‘Persona’,” explained exhibition curator Amir Rad.

He further explained that the idea is to showcase Warhol’s multiple characters in order to reveal his true image, so that a more accurate understanding of his character could be established rather than his already-known behavioral aspects.

Rad added that the exhibition features Warhol’s paintings as well as some of his films.

“The treasury of the museum is one of the largest in the world, and in order to have a contemporary behavior, we must try to provide a contemporary narration of the classic works available in the museum,” the curator explained.

At the opening ceremony of the exhibition, Iran’s Visual Arts Office Director Hadi Mozaffari said, “Showcasing the works of the museum has always been in demand, and we plan to display eight exhibitions per year.”

The Warhol exhibition is open every day, except Mondays, until September 8.

Warhol was an American artist, film director, and producer who was a leading figure in the visual art movement.