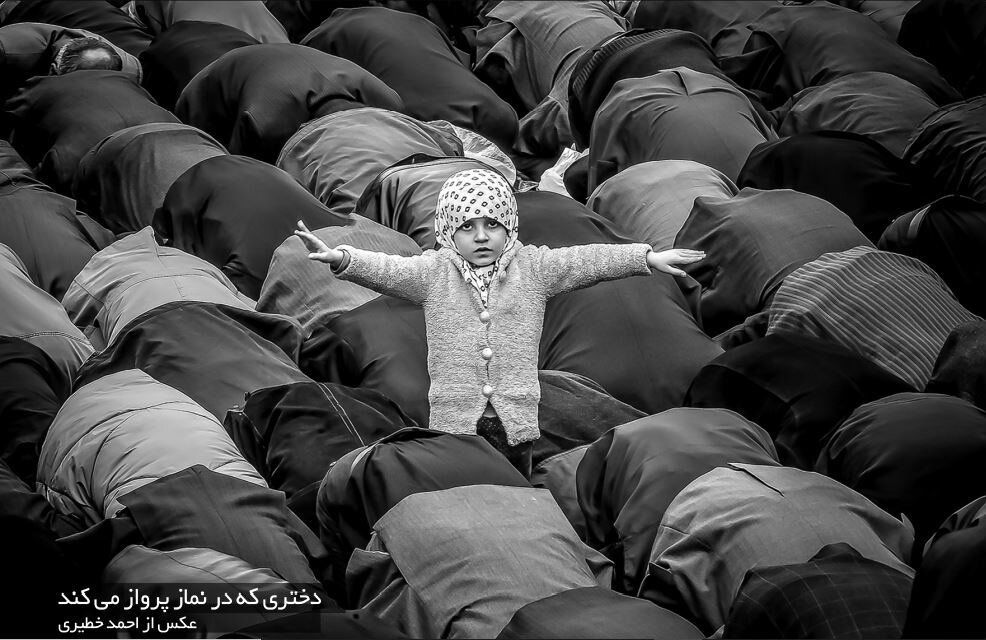 He won the prize in the photojournalism category for the black and white photo depicting a little girl opening her arms like wings among a group of Muslims during a congregational prayer.

This photo shows a little boy clad in a military uniform marching with a company of troops.

The Vernon-Normandy Photograph Exhibition will be organized from October 16 to 24 in collaboration with several prestigious centers, including the Federation Internationale de l’Art Photographique (FIAP), Global Photographic Union (GPU) the Photographic Society of America (PSA).

“Girl Flies in Prayer” and “Alone” have previously been honored at some international photography contests across the world.

“Alone” was awarded an honorable mention at the Cross-Continental Festival in Germany, South Africa and Indonesia.

Khatiri’s other works have also been honored at several other photography competitions.

The honor is presented by the Federation of Indian Photography (FIP). The black and white photo shows two visitors praying in the former war zones in Iran’s Shalamcheh region.

In 2009, he won the UAFB gold medal at the 7th edition of the Romania Bucovina Mileniul III International Salon of Photographic Art.

In 2017, he received the FIAP Gold Medal for his single photo “Prayer and Mourning for the Martyrdom of Their Fathers in War Zones” at the Through the Viewfinder, an international photo contest that was held in Kragujevac, Serbia.

The Fifth International Photo Salon Plovdiv in Bulgaria awarded him a PSA honorable mention for his photo “Balance” in 2018.

The 2nd Danube Digital Circuit in Belarus also gave him a FIAP Honorable Mention for a photo named “Flying Harmony” in 2018.