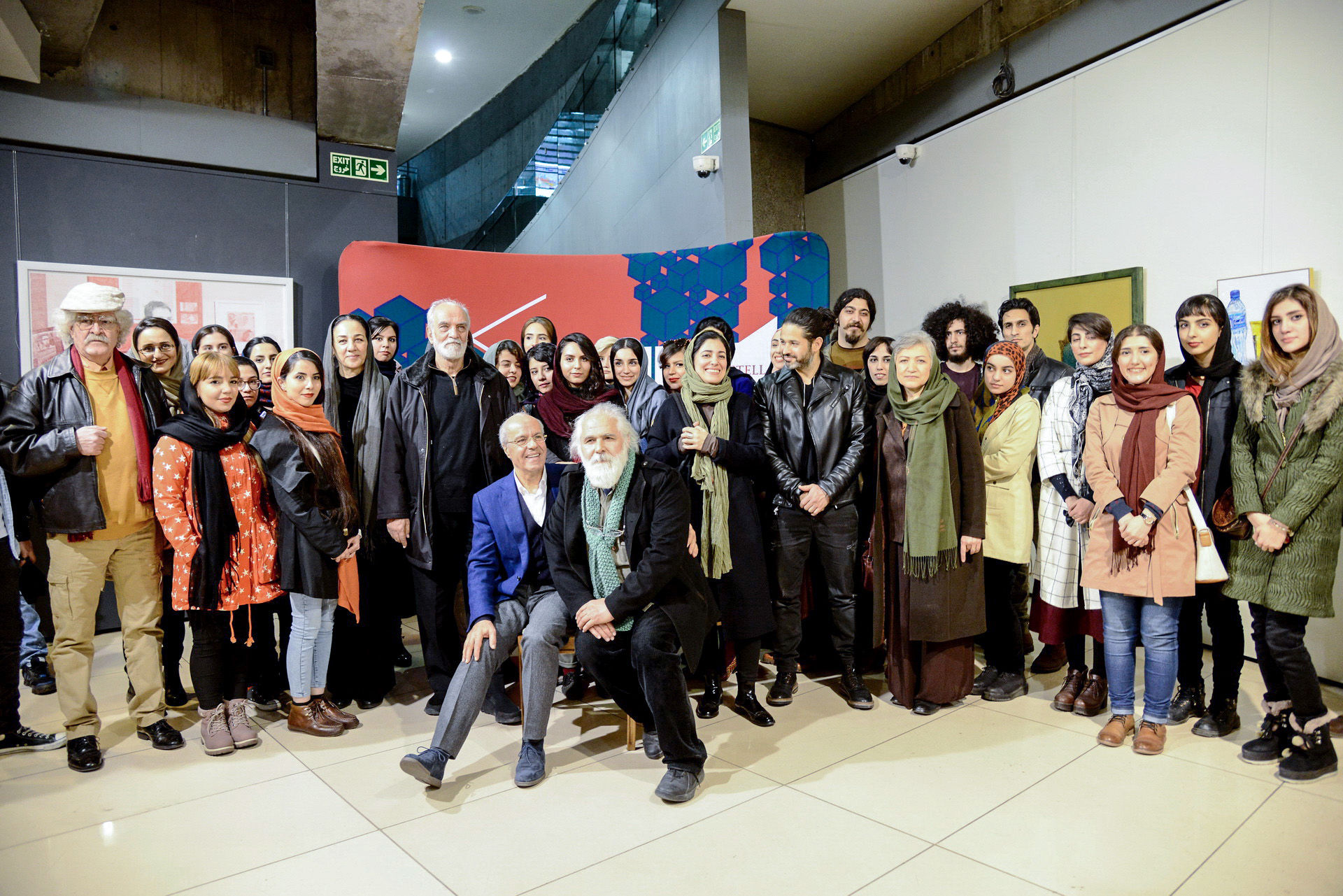 “Damonfar pays due attention to art education and these two pioneering masters had endless roles in promoting the modern art of Iran,” he added.

“When the first edition was formed in 2006, I did not think the festival would reach a lofty position where masters seek the best artists under 25 years old within it,” Puya-Rad said in his surprise.

The Damonfar Visual Arts Festival is dedicated to artists under 25 years of age.

Veteran Iranian painter and art expert Aidin Aghdashlu, who is presiding over the jury of the 6th Damonfar festival, also said that the high diversity and variety of works on display is an interesting piece of news for the artists, adding, “But how far it will go and how long it will last is a matter for the future.”

Parviz Kalantari (1931-2016), who was famous for his paintings of Iranian indigenous nomadic life, had been honored for his lifetime achievements at the Damonfar festival in 2010.

Works by 121 artists at reasonable prices are offered at the festival until the closing day on Friday.

The Damonfar Company is the Iranian representative of France’s Pebeo and Germany’s Faber-Castell, two companies that manufacture art materials.

The first place winner will get an opportunity to travel to Germany to visit the Faber-Castell factory.