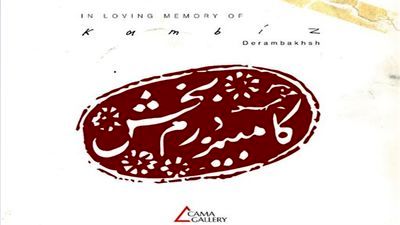 Iranart: The cartoons to be displayed date back to the 1960s and 70s, ISNA wrote.

Organized by Veteran Artists Institute, the exhibition will open on December 17 on the occasion of the 40th day after the artist’s death and will run through December 28.

He died on November 6 at the age of 79 due to complications caused by COVID-19.

He was honored with a lifetime achievement award at the 16th edition of the Image of the Year Celebration in 2019.

In 2014, he was conferred the Chevalier of Arts and Letters at the Embassy of France in Iran.

Derambakhsh was the first Iranian artist in the field of visual arts to have ever received this medal which is one of the most prestigious in the realm of arts.