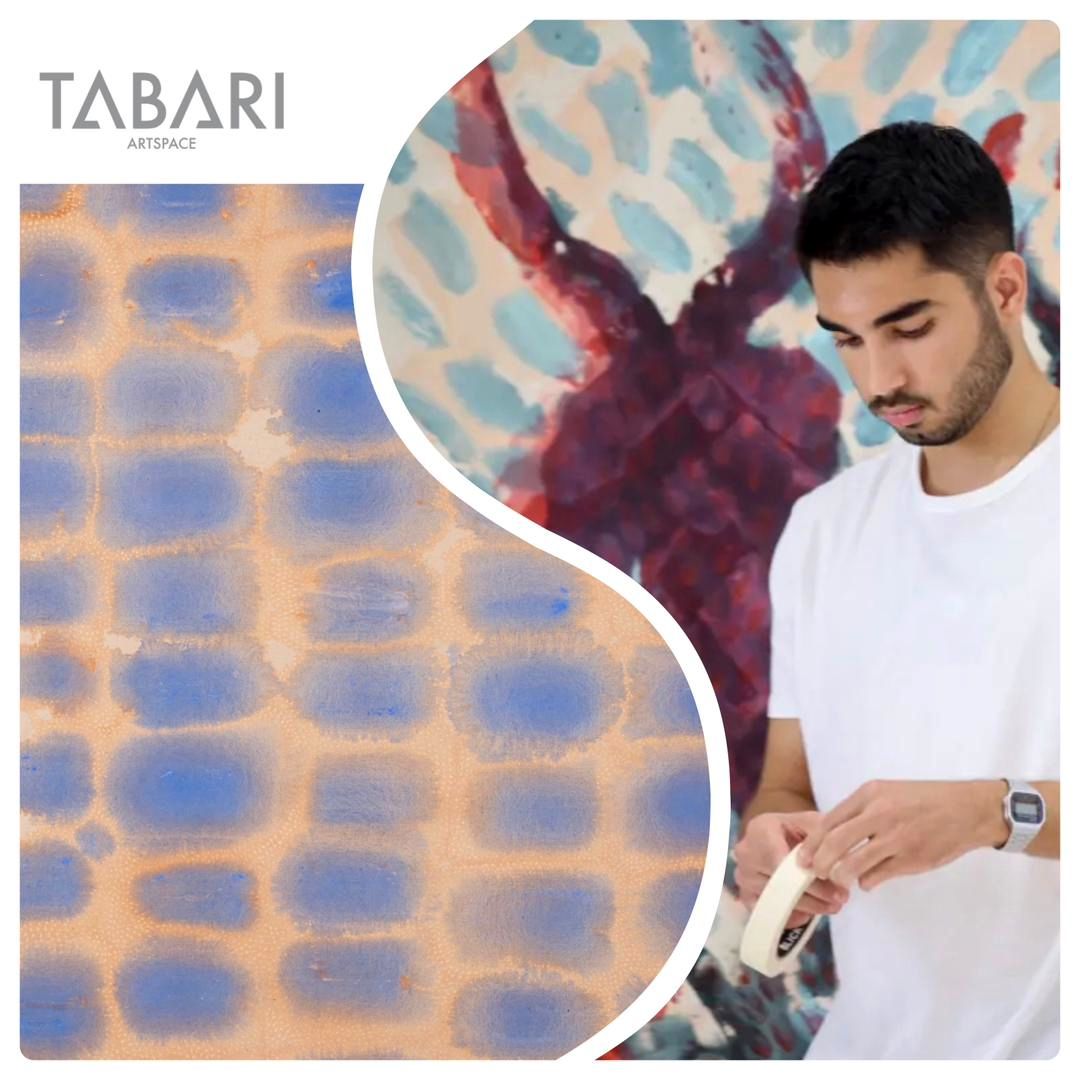 For Under Your Eyes Al Najjar has produced a new body of work over 18-months that comprises silkscreen prints and works on canvas. Establishing an interplay between organic and inorganic forms Al Najjar infuses his symbolically dense work with icons and influences from the natural world and his everyday encounters. The artist considers the connectedness between the natural, constructed and spiritual realms and how they relate to his lived experience in the contemporary moment. For this body of work subject matter as far-reaching as historic 13th - 17th century Islamic depictions that the artist has encountered at the Art Institute of Chicago, Persian miniatures, as well as natural elements, have informed Al Najjar’s abstract compositions.

The artist’s intuitive output raises questions about the very character of image-making, reconstituting ideas about representation and even the canvas upon which he works. Al Najjar is guided by the process rather than the vision of an end result. Breaking from established conventions, Al Najjar works on an unstretched canvas, focusing on its material properties and releasing it from its flatness. Through his art, Al Najjar reimagines the canvas as a tapestry. Movements from pointillism to abstraction, op-art and constructivism have impacted Al Najjar’s production; the influence of Joseph Albers and Moholy Nagy is palpable. Al Najjar’s palette is as fundamental to his process as his conceptual thinking. The artist is preoccupied with human emotional connection to colour. He approaches his canvas with soft, diluted acrylic paint - often tones absorbed from the earth and sky - which he patiently layers. For Al Najjar, pattern-making establishes an environment. Dense layers of colour are animated through a meticulous approach to mark-making. Al Najjar sweeps the canvas with vivid oil pastel, his forms embody the simultaneous precision and fluidity of patterns formed in nature, they meander and mutate. Manipulating depth and tone Al Najjar investigates optical creation and illusively engages with the illusionary. The youngest artist in the gallery’s roster, Ziad is still completing his BFA at the School of the Art Institute of Chicago. Tabari Artspace commits a portion of its annual programming to providing visibility and an international audience for cutting-edge emerging regional talent.

Establishing an interplay between organic and inorganic forms Al Najjar infuses his symbolically dense work with icons and influence from the natural world. The artist considers the connectedness between the natural, constructed and spiritual realms and how they relate to his lived experience in the contemporary moment. The Islamic miniatures made familiar to him during his childhood regularly appear as motifs within his practice. Scenes of battle, the banal and spiritual practices are often poetically depicted in orchards or gardens. Al Najjar summons this world into his art infusing it with his recent experiences of flora, fauna, or soft shapes that resemble cells under a microfine glass. Delicate and sensual organic forms - some representational some abstract - ungulate across the artist’s canvas. Translation and tension - between past and present, structure and wildness - are central to this work.