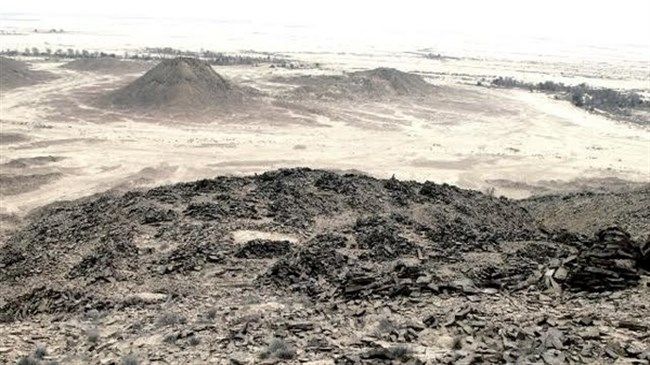 TEHRAN, (IRANART)- Cultural works from the third millennium BC were discovered on the surface and during exploration within the precincts of Dembe Kooh, near the port city of Chabahar, Sistan-Baluchestan Province, said the head of the exploratory team of stratigraphy.

The Research Institute of Iran's Cultural Heritage, Handicrafts and Tourism Organization quoted Morteza Hessari as saying that preliminary studies revealed that the area was actually much more extensive than what had been registered earlier.

The area was registered on the list of national areas in 2002.

The institute and the Cultural Heritage, Handicrafts and Tourism Department of Sistan-Baluchestan Province jointly undertook the exploratory studies to determine the boundaries of Dembe Kooh, Hessari said.

He added that grave stones were discovered during the explorations while topographic studies were also conducted over an area of about 160 hectares.

Referring to the continuation of explorations, he said that studies on identifying  the pattern of distribution of the settlements in the coastal region as well as anthropology in four villages in the region were also undertaken.