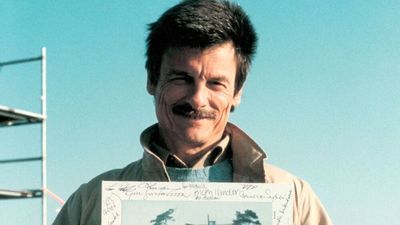 TEHRAN. (Iranart) – A lineup of eight biographical documentaries will go on screen in the Portrait section of the 13th Cinéma Vérité, Iran’s major documentary film festival, the organizers announced on Friday.

Andrey Tarkovsky, a Cinema Prayer, a documentary that chronicles the life story of the legendary Russian filmmaker by his son Andrei Andreyevich Tarkovsky, is the highlight of the lineup.

Fellini Never-Ending, about the prominent Italian filmmaker Federico Fellini by his assistant Eugenio Cappuccio and Flavioh - Tributo a Flavio Bucci, about the famous Italian actor Flavio Bucci and people who had an influence on his personal and artistic life by Riccardo Zinna, are among the films.

The lineup also includes Forman vs. Forman, a co-production between the Czech Republic and France by Czech directors Helena Trestikova and Jakub Hejna, Talking about the Trees, a co-production of France, Sudan, Germany and Chad by Sudanese director Suhaib Gasmelbari and The Ghost of Peter Sellers by the Hungarian-born British director Peter Medak.

Also included are Unstoppable: Sean Scully and the Art of Everything by Nick Willing about the life of the extraordinary abstract British painter Sean Scully and What We Left Unfinished, a co-production between the U.S. and Afghanistan by Afghan director Mariam Ghani about five unfinished fiction feature films from the Communist era in Afghanistan.

Organized by the Documentary and Experimental Film Center, the 13th edition of the Cinéma Vérité festival will open at Tehran’s Charsu Cineplex on Monday and will continue until December 16.