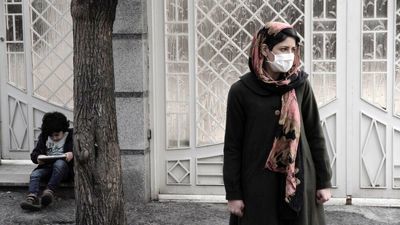 The Iranian film won the jury’s Special Mention, during the festival which was held in Palm Spring, California on June 16-22.

Kaveh Mazaheri Palm Springs International Film Festival in the US.