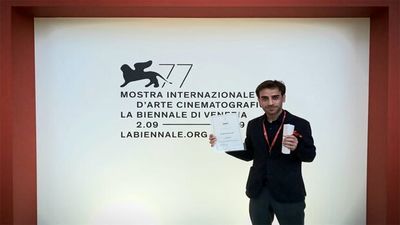 TEHRAN.(Iranart) – The Independent Federation of Film Critics, on the sidelines of the 77th Venice Film Festival in Italy, awarded two Iranian feature films.

‘The Wasteland,’ directed by Ahmad Bahrami, grabbed the FIPRESCI award handed out by the Independent Federation of Film Critics.

Nasim Ahmadpour and Shahram Mokri were named as the recipients of the Best Original Screenplay award for Mokri’s ‘Careless Crime’ at the same event.

Both films, along with Majid Majidi’s ‘Sun Children,’ are currently on screen at the competition section of the Italian event, according to ifilmtv.com.