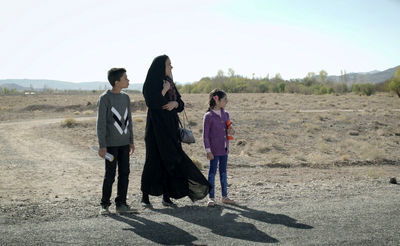 TEHRAN.(Iranart) – Iranian films “Mask” and “Here My Village” will be screened at the 74th Locarno Film Festival.

The short film “Mask” directed by Nava Rezvani will be screened on Pardi di Domain, a platform for short and medium-length films.

This film is about a girl who does something against her will for her boyfriend’s sake. The beauty of women in today’s Iranian society is summarized in the beauty of their faces. Women give more importance to their faces and focus more on it. Many men value women for their beautiful appearance, and it leads women to do cosmetic surgeries, and they finally wind up in a situation they get more and more distant from their real selves day by day.

Directed by Abbas Aram, “Here My Village” will be showcased in the Locarno Kids Screenings section, which offers films for children and teenagers. It places a special emphasis on works screening as national premieres, together with restored titles that help rediscover film history.

This film tells the story of Farhad, a 12-year-old boy who lives with his mother and his 6-year-old sister in a village. He lost his father 5 years ago due to a fatal disease. Farhad is crazy about photos and magazines. One day, he goes to the city with his family and becomes fascinated by a second-hand camera in the shop window. He works hard to buy the camera, but he doesn’t succeed, so he sells one of their sheep in order to buy it. When his mother makes him return the camera and be refunded the money, Farhad grabs the camera and runs away.

Thousands of film fans and industry professionals meet here every summer to share their thirst for new discoveries and a passion for cinema in all its diversity, the organizers have said.

The audience is the soul of the festival, as exemplified in the famous evenings on the Piazza Grande, whose magical setting can accommodate up to 8,000 filmgoers every night.