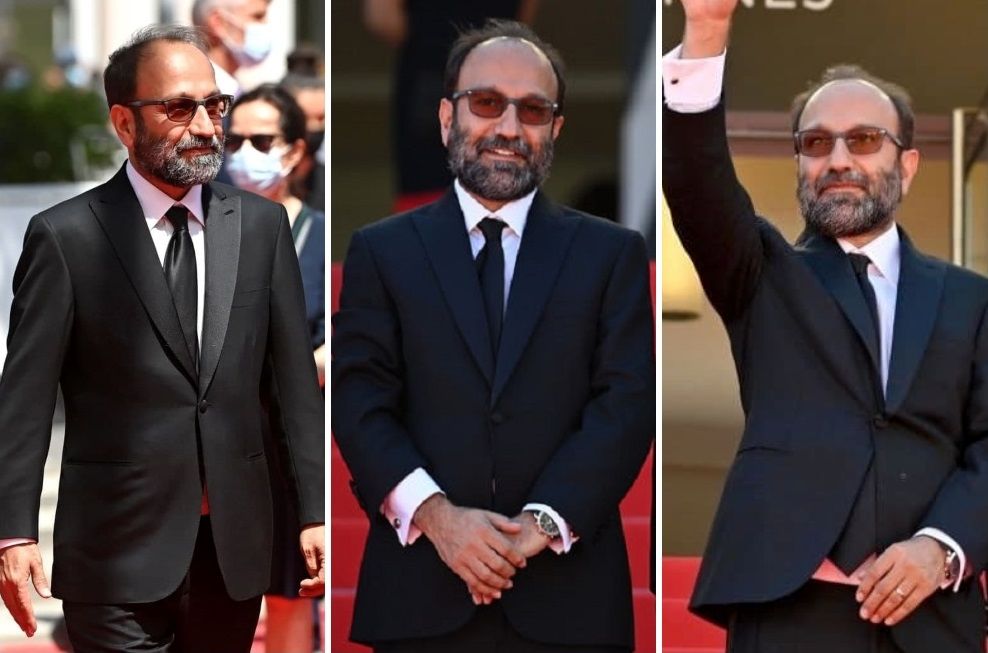 TEHRAN.(Iranart) –The Grand prix was Jointly awarded to Asghar Farhadi "A Hero" and Juho Kuosmanen for "Compartment No. 6"

Farhadi’s latest feature ‘A Hero’ jointly won the Grand Prix award – alongside ‘Compartment No. 6’, directed by Finnish filmmaker Juho Kuosmanen – at the closing ceremony of the festival on Saturday.

The Film Critics and Writers Association praised the Iranian director as “a cultural ambassador”, while “in this hero-less era of tough times, the success of ‘A Hero’ is like a beam of hope in the hearts of Iranians.”

“The glorious cinema of Iran was awarded with a new honor on the global stage, thanks to the unique merits of Mr. Farhadi, who again reminded the world of the primacy of Iranian art and culture,” wrote Actors Association.

‘A Hero’ tells the story of Rahim who is in prison because of a debt he was unable to repay. During a two-day leave, he tries to convince his creditor to withdraw his complaint against the payment of part of the sum.

Saturday’s achievement was Farhadi’s second major prize at Cannes, having won the Best Screenplay award for ‘The Salesman’ in 2016.

The movie also brought Farhadi a second Academy Award for Best Foreign Language Film, after he won the award for ‘A Separation’ in 2012.

Farhadi first burst onto scene of international film industry in 2009, when he won the Golden Bear for ‘About Elly’ at the Berlin Film Festival.