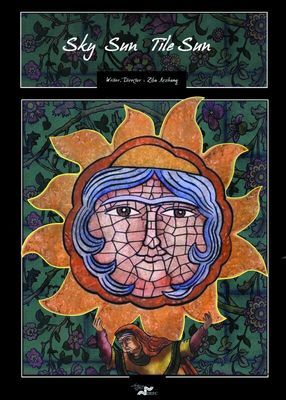 TEHRAN –(Iranart)-Four Iranian movies will be screened in various sections of the 8th Fine Arts Film Festival, which will be held online in the U.S. city of Venice, California from June 8 to 14.

Four Iranian movies will be screened in various sections of the 8th Fine Arts Film Festival, which will be held online in the U.S. city of Venice, California from June 8 to 14.

Established by the Venice Institute of Contemporary Art, the festival is dedicated to showing the finest movies in the world about art.

“The Badger” directed by Kazem Mollai will be competing in the feature narrative category.

Earlier in May, the 19th Riverside International Film Festival in the Inland Empire region of Southern California honored “The Badger” in three categories, including the best audience and best actor.

The short experimental film “Cocoon” by Yavar Darehzami will also compete in the festival. It tells the story of a short man who makes artificial limbs for himself and grows tall. Coming out of his house, we see that everyone is short.

The short narrative “Sheep Will DevoSur Us” has also selected to be screened at the festival.

Directed by Mostafa Rostampur and Atefeh Rezaian, it is about Tahereh, a woman who is the victim of premature marriage. Now she wants to prevent her sister from repeating those bitter memories.

The festival will also screen the short animation “Sky Sun, Tile Sun by Ziba Arzhang. Due to the intensity of the explosion and bombardment, the role played by the sun on the tiled wall ceases, and it becomes dark everywhere. People then build a new sun together.