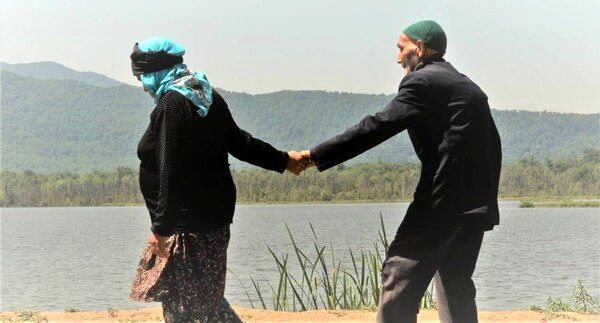 The documentary follows Sorayya and Seyyed Jalal, a poor, elderly couple residing in a remote village in Northern Iran. Filmed over the course of 5 years, the film paints pictures of forgiveness, love, humanity and immortality.

The Parnu International Documentary and Science Film Festival in Estonia honored the film as the best documentary in July.

The 15th edition of the Saratov Sufferings International Film Festival of Documentary Drama took place in Saratov from September 16 to 20.

“There Will Be No More Night” won the Prize of the Governor of the Saratov Region Saratov Harmony, as the main prize of the festival.

In this documentary, French filmmaker Eléonore Weber signs her name to a fascinating and terrifying documentary that attempts to decipher and reflect upon images filmed by helicopters on operations in Afghanistan, Iraq and Pakistan.

“Khardzhiev. The Last Russian Futurist” by Russian filmmaker Lilia Vyugina won the Prize of the Head of Administration of the Municipal Formation “City of Saratov” – “From Saratov with Love”.

The Prize of the Ministry of Culture of the Saratov Region was given to “Distance Plan” by Vladimir Golovnev from Russia.

“War of Rai Sinitsina”, a co-production between Russian and Israel by Efim Graboi won the prize for the best film of the program “Saratov, an Open City”.

The prize for the first confident step into the profession went to Tomislav Jelincic’s debut film “Storkman” jointly produced by Croatia and Italy.

27 years ago, a widower Stjepan Vokic found a stork with a broken wing. He saved her life and named her Malena. Since then, Malena has been living with Stjepan, sharing endless lonely winters and happy but short summers when Malena’s faithful male stork returns to her. Without Stjepan, Malena would certainly starve to death. And we ask ourselves, who would Stjepan be without Malena?