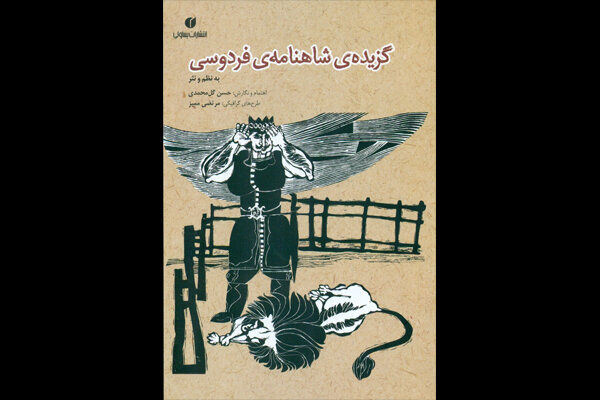 TEHRAN –(Iranart)- A book containing a selection of stories taken from Ferdowsi’s epic masterpiece Shahnameh, and bearing illustrations by Morteza Momayyez, has been published by Yasavoli Publications in Tehran.

The stories have been rewritten by writer, translator, and literary critic Hassan Golmohammadi in the book named “Selections from Ferdowsi’s Shahnameh”.

Momayyez, who is considered to be the father of modern graphic art in Iran, died of cancer in 2005 at the age of 70.

The book is a selection of the stories in poetry and prose, and it is very useful for the younger generation who are not very familiar with Shahnameh.

The book tries to encourage the youth to read Shahnameh with its attractive form of narration, while the illustrations by Momayyez have made the appearance of the book very special.

“It was in the 1970s and 1980s I got to know Momayyez, and he gave me some of his illustrations on Shahnameh so that I choose poetry suitable for the designs from Shahnameh and later published them with inscriptions by a famous calligrapher,” Golmohammadi said.

“The price offered by the calligrapher was high and the project was halted, but after a while, Momayyez requested permission to keep the illustrations and use them for a book on Shahnameh,” he added.

“Later I obtained permission from the Momayyez Foundation and published them in the book,” he noted.

Also known as “Book of Kings” in English, the Shahnameh is based mainly on the Khwatay-namak, a history of the kings of Persia in Pahlavi (Middle Persian) from mythical times down to the 7th century.