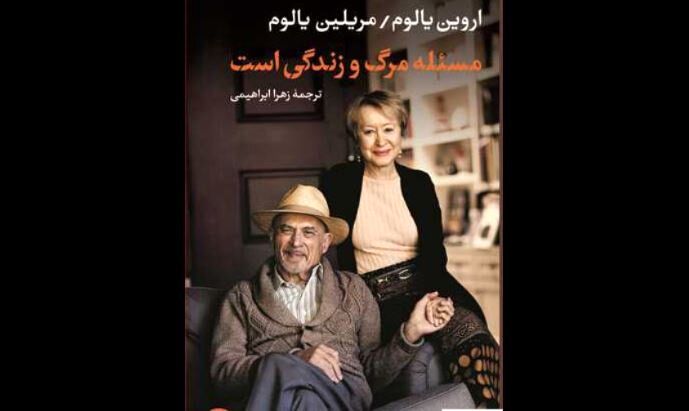 TEHRAN –(Iranart)- Another Persian translation of “A Matter of Death and Life” written by Irvin D. Yalom and Marilyn Yalom has been released by Parseh in Tehran as three other Persian renditions of the book have previously been published by different publishers.

Zahra Ebrahimi is the translator of the book first published by Redwood Press in March 2021.

The book relates a year-long journey by the renowned psychiatrist and his writer wife after her terminal diagnosis, as they reflect on how to love and live without regret.

Internationally acclaimed psychiatrist and author Irvin Yalom devoted his career to counseling those suffering from anxiety and grief. But he had never faced the need to counsel himself until his wife, esteemed feminist author Marilyn Yalom, was diagnosed with cancer.

In “A Matter of Death and Life”, Marilyn and Irv share how they took on profound new struggles: Marilyn to die a good death, Irv to live on without her.

In alternating accounts of their last months together and Irv’s first months alone, they offer us a rare window into facing mortality and coping with the loss of one’s beloved.

The Yaloms had numerous blessings – a loving family, a Palo Alto home under a magnificent valley oak, a large circle of friends, avid readers around the world, and a long, fulfilling marriage – but they faced death as we all do.

With the wisdom of those who have thought deeply, and the familiar warmth of teenage sweethearts who've grown up together, they investigate universal questions of intimacy, love and grief.

Informed by two lifetimes of experience, “A Matter of Death and Life” is an openhearted offering to anyone seeking support, solace and a meaningful life.

Three other Persian translations of the book by Ghazaleh Beigi, Elham Sharifi and Mehdi Azizi have been published previously in Iran.

Irvin David Yalom, is an author of fiction and nonfiction, emeritus professor of psychiatry at Stanford University, an existentialist, and an accomplished psychotherapist.

Marilyn Yalom grew up in Washington D.C. and was educated at Wellesley College, the Sorbonne, Harvard and Johns Hopkins. She was a professor of French and comparative literature.

A Matter of Death and Life