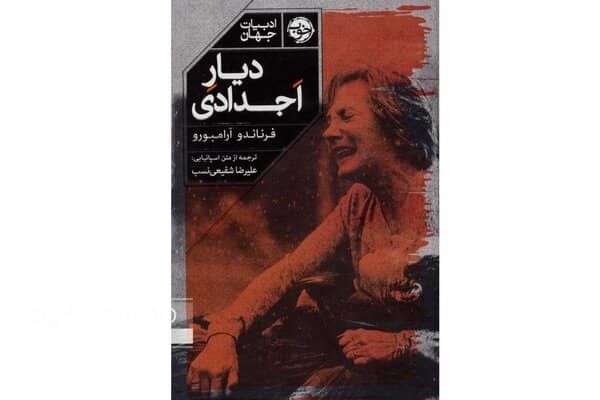 Iranart: Khub Publications has released the book translated into Persian by Alireza Shafieinasab.

The novel that limns a decades-long relationship between two Basque families torn asunder by the violent insurgency of the separatist movement ETA is arguably the most acclaimed and successful literary novel published in Spain in recent times.

Here is the story of two families in small-town Basque country, pitted against each other by the ideology and violence of the terrorist group ETA, from the unrelentingly grim 1980s to October 2011 when the group proclaimed an end to its savage insurgency.

Erstwhile lifetime friends, especially the generation of parents on both sides, the two families become bitter enemies when a father of one is killed by ETA militants, among them one of the sons of the other family.

Told through a succession of more than one hundred short sections devoted to a rich multiplicity of characters whose role in the story becomes clear as one reads, “Homeland” brilliantly unfolds in nonlinear fashion as it traces the consequences for the families of both the murder victim and the perpetrator.

Aramburu alludes only obliquely to a historical matrix even as he focuses on the psychological complexity of his characters while building nearly unbearable narrative tension.

“Homeland”, the winner of the National Prize for Literature, National Critics Prize, Euskadi Prize, Francisco Umbral Prize, Strega European Prize and Tomasi di Lampedusa Prize, has distinguished Aramburu as a writer who will leave his mark on our era.

Aramburu is considered one of the most remarkable writers in the Spanish language. He won the Ramón Gómez de la Serna Prize in 1997, the Euskadi Prize in 2001, and, for his short story collection “Los peces de la amargura”, the Mario Vargas Llosa NH Short Story Award, the Dulce Chacón Prize, and the Prize of the Spanish Roal Academy in 2008.