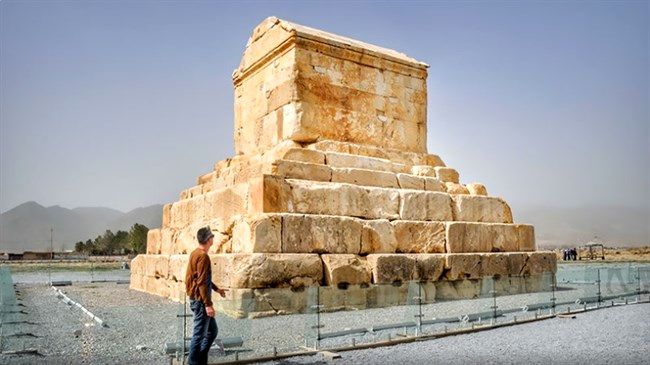 Iran is a large country with an immense history, the friendliest people, and the most breathtaking architecture. With lovely gardens and thriving bazaars, it is one of those countries that should be on every traveler’s list.

Iranart:  the article we presented information about six must-see places of Iran.

Pasargadae in southwestern province of Fars, was the first dynastic capital of the Achaemenid Empire (550-329 BCE), founded by Cyrus II the Great, in Pars, the homeland of Persians, elcidtour.com wrote.

Its palaces, gardens, and the tomb of Cyrus are outstanding examples of the first phase of royal Achaemenid architectures and exceptional testimonies of Persian civilization. Pasargadae was the capital of the first vast multicultural empire in Western Asia. Spanning the Eastern Mediterranean and Egypt to the Hindus River, it is considered to be the first empire that respected the cultural diversity of its different people. This was reflected in their architecture, a representation of distinctive cultures.

Founded by Darrius I in 518 BCE, Persepolis was the capital of the Achaemenid Empire. It was built on an enormous half-artificial, half-natural terrace, where the king created an impressive palace complex inspired by Mesopotamian models. The royal city of Persepolis ranks among the archaeological sites that have no equivalent in the world.

Persepolis was the seat of the government of their empire and was designed to be a showplace and festival center of the kings of that era. This UNESCO site is located close to the city of Shiraz in Fars Province.

Shushtar Historical Hydraulic System is an excellent gateway for starting a journey through time. This water supply system is considered a rare masterpiece of creative genius, Darius the Great, who governed all over Iran’s land for around 30 years.

Shushtar infrastructure accommodates thirteen ancient monuments. Watermills, waterfalls, clean tunnels for transferring drinking water, and old bridges are aspects of this picturesque place. You can touch an avant-garde complex dating back to thousand years before any technological system.

It is located in one of the Karun River’s tributaries, in southwestern province of Khuzestan. Visiting this fabulous spot reminds us of those days of old ages when people were trying to figure out the best ways to use their intelligence. It is one of Iran’s most popular tourist attractions and a source of inspiration for Iranian folks.

Fin Garden is an Iranian garden in Kashan, central province of Isfahan. The public bathroom of Fin is also in the garden. Using natural elements such as water and trees, the architect has made a beautiful calm place where you feel walking in the air. The most beautiful thing about this garden is when you look at the combination of the freshwater and cool shadows of tall trees, you forget all about the dry land behind the garden walls. This contrary brings a unique feeling to the moment of visiting. A weird fact about the big pool’s fountains is that they go back to centuries ago when there was no technology to build such fountains. They used gravity power and designed a piping system to make a water fountain without electricity and technology. That’s the art of this land. These days, the Fin Garden and the Fin Bathroom are open to tourists who are seeking untold stories about this green garden.

Alamut, meaning eagle’s nest, is a ruined mountain fortress located in the Alamut region in northwestern province Qazvin and close to Gazor Khan Village. The castle was the center of the intense military activity for the Shi'a Nizari Ismai'lis under the leadership of Hassan Sabbah. The fortress was thought impregnable to any military attack and was fabled for its heavenly gardens, library, and laboratories where philosophers, scientists, and theologians could debate in intellectual freedom. Although not at its full glory of the past, it is an exciting tourist destination for many because of its historical significance. When going to the Alamut Castle, visitors should remember to have proper footwear and a tour guide so they can enjoy this experience to its fullest. Upon reaching the castle, sightseers can have a perfect view of all other mountains and valleys in the surrounding areas and Gazor Khan Village and horizon from the summit. The road leading to the castle itself is most beautiful, with mountain sceneries and interesting photographic spots.

Tajrish Bazaar in Tehran has very ancient architecture. Some of its places were built more than 200 years ago, back in the Qajar Dynasty (1789-1925). Thus, it has been registered on Iran’s National Heritage List. Inside the bazaar, you will face a lengthy hallway lined with brown bricks, and a perfect example of cohabitation of traditional and modern shops together. The main reason that this bazaar appeals to tourists is perhaps the fact that one can never see such an exotic and charming collection of goods in one place.