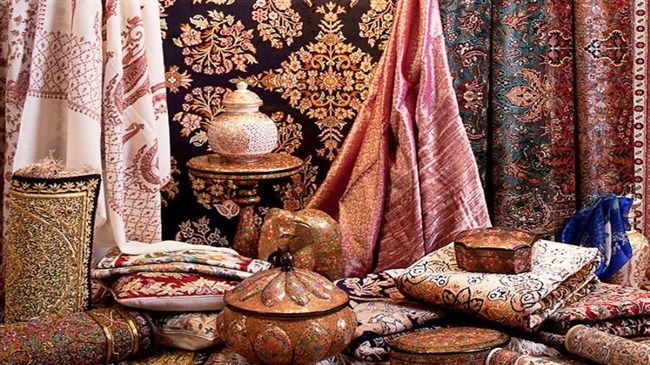 Iran ranks first in the variety of handicraft products in the world and their related fields, said an official with the Ministry of Cultural Heritage, Tourism and Handicrafts.

Iranart:Vida Tavahodi made the statement in a meeting held in Alborz Province to evaluate artworks that were to receive the seal of authenticity in handicrafts on Sunday, adding that there were 296 kinds of handicrafts in Iran, IRNA reported.

There are two million artists working in the production, sales, design, and export of Iranian handicrafts, she noted.

Although the majority of Iranian provinces are active in handicrafts, the provinces of Isfahan, Fars, Alborz, Tehran, and East Azarbaijan produce higher-quality products, she added.

She said that the purpose of providing the seal of authenticity to selected handicrafts is to standardize the works in terms of being environment-friendly, having an appropriate design and being able to compete in the domestic and international markets.

One of the advantages of Iranian handicrafts is that most of its raw materials are available in the country, and invaluable works of art can be produced from inexpensive raw materials, said Tavahodi.