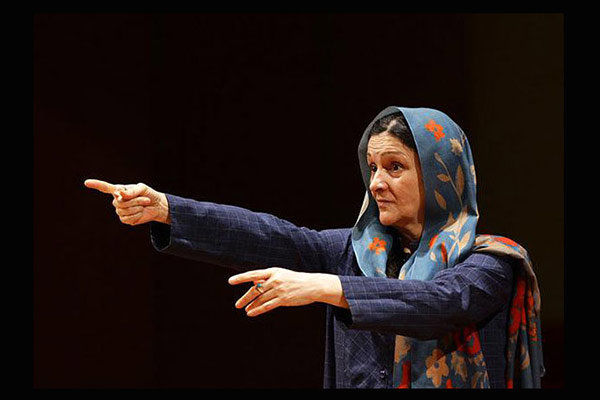 Actress and director Golab Adineh has finally been able to stage Alan Jay Lerner’s musical “My Fair Lady”, which is now mesmerizing theatergoers at the main hall of Tehran’s City Theater Complex every night.

Iranart:Her troupe, which is composed of over 100 people, was scheduled to perform the play in spring 2020, however, the COVID-19 pandemic forced them to cancel all their performances.

The troupe gave its first performance on November 11 after actress Fatemeh Motamed-Arya unveiled a poster for the play.

In her short speech made before the performance, she said that one of her reasons to accept Adineh’s invitation to attend the opening performance was her collaboration with Adineh in “The Caucasian Chalk Circle”, which was staged in 1980 at the same hall.

She also added, “The pandemic has caused a split among us over the past two years, therefore it is a blessing that such great play brings us together again at this theater.”

Sparkling with wit, wisdom and wonderful songs, the musical play is based on Bernard Shaw’s “Pygmalion”, which has been delighting audiences since it was first performed in the 1950s.

When overbearing Professor Higgins stumbles on a flower girl, Eliza Doolittle, in Covent Garden, he recognizes that her hideous vowels and forgotten consonants are all that separate her from the upper classes. Higgins wagers that he can pass her off as a Duchess in a matter of weeks. But what will become of Eliza when the bet is over?

It set a record for the longest run of any musical on Broadway up to that time and was followed by a hit London production.

Rex Harrison and Julie Andrews starred in both productions. A popular film version premiered in 1964, and many revivals have followed.