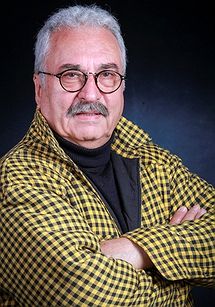 Iranart:He first announced his plan to stage the play in January 2020, however, the COVID-19 pandemic forced him to cancel it.

The play is an adaptation of a novel by Iranian writer Shahram Rahimian. It is about Dr. Esfandiar N., an ardent supporter of Mohammad Mosaddeq, Iran’s former prime minister, whose great efforts to nationalize the oil industry in 1951 were nullified by the Anglo-American coup against the national icon in August 1953.

After the coup, Esfandiar was detained after refusing a call from the SAVAK intelligence services to criticize Mosaddeq in an interview. SAVAK agents know about Esfandiar’s love of his wife, Malektaj, therefore they shift the focus on Malektaj to bring Esfandiar to his knees. Now, he is faced with the dilemma of choosing between his family and political commitments.

The play is scheduled to be performed at the main hall of Tehran’s City Theater Complex in April.

Farhad Aiish will play the role of Dr. N., while Sadreddin Zahed will star as Mosaddeq.

Shiva Makinian, Zohreh Partovi, Ali Khazeni and Faezeh Zekavati are the other members of the cast.

Marzban returns to the stage after over a three-year hiatus. He staged playwright Akbar Radi’s “Slowly with Red Rose” in 2019.

In July 2020, he said that teleplays are viable alternatives to stage performances during the coronavirus pandemic.

“Television has forgotten teleplays but if it decides to show more interest in them, we can negotiate with the managers for several teleplays every week,” Marzban said.

“I know this will not be the theater we like and expect, and the attendance of the theatergoers is very important for us. Still, we need to understand the situation; now that the coronavirus is fighting with us we need to fight back this way,” he said.

However, the Islamic Republic of Iran Broadcasting ignored his proposal.