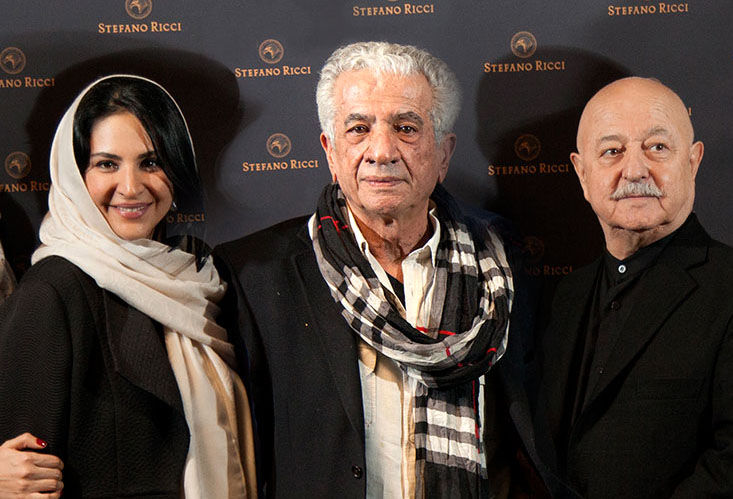 Stefano Ricci, one of the most respected Italian brands, has focused on Iranian art this time. Parviz Tanavoli’s image of “Heech” has gone on cufflinks and Mohammad Ehsai’s calligraphy have appeared on porcelain plates.

The Sam Center, a commercial complex in northern Tehran, hosted several members from the Stefano Ricci family who attended the unveiling ceremony for the products bearing Iranian art on Thursday.

“This is the first time such an event has happened in Iran and I am happy to have a role in it,” Tanavoli said in a press release published on Saturday.

“Stefano Ricci is one of the best brands in the world and it is a great honor to have been working with them,” he added.

“Heech belongs to everybody in the world. Considering the number of Heeches I have designed for females, it was not fair for the men not to have the opportunity,” he remarked.

The porcelain plates also bear beautiful calligraphies by Ehsai, part of which are handprints in gold and silver.

Ehasi also expressed thanks to the Ricci family for their active participation in promoting art and culture.

“Iranians enjoy a verbal culture and that is why we have such great poets. Words have always been influential in our culture and I am glad that I have helped to highlight this culture once again.”

Director of the representative of Ricci in Iran, Sara Abuhossein also said that the two artists decided to produce limited numbers—only 20 of their works, adding, “All items are handmade and they have been designed and made at the company in Florence.”