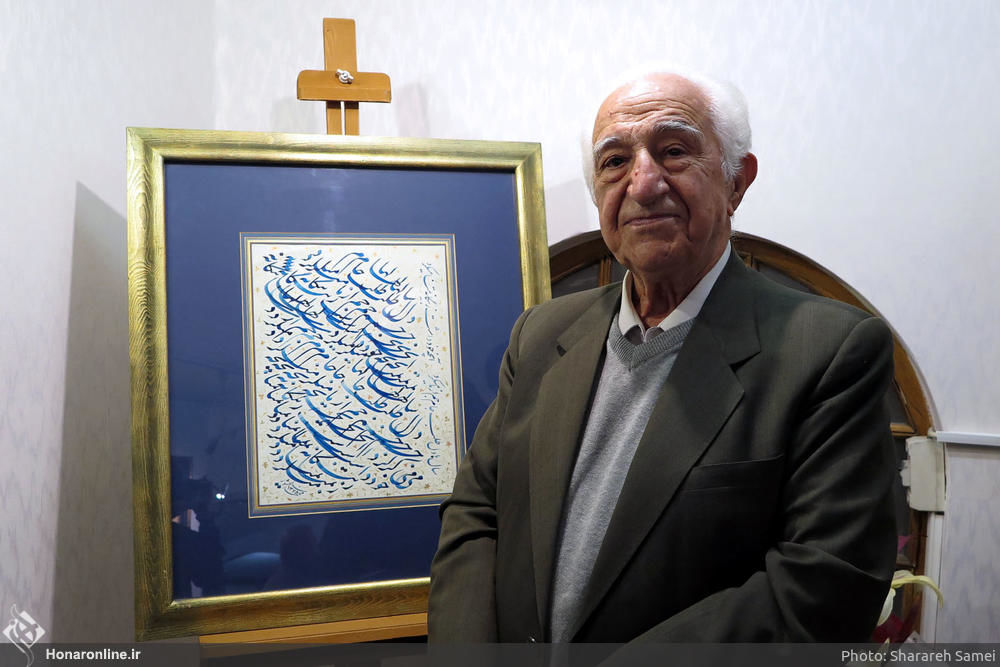 veteran master of Nasta’liq calligraphy Mohammad Salahshour, recipient of the first degree art certificate from the Culture and Islamic Guidance Ministry, has organized an exhibition ‘Word of Love.’

“I’ve handwritten at least 21,000 pages for over half a century. But when it comes to hanging my work on the wall, I may not be able to showcase all of them, and therefore I’ve picked up 25 works for the exhibit, Salahshour, 84, told Mehr News Agency.

The exhibit will open December 16 at Taraneh-Baran Art Gallery, located at No. 27, Ladan Alley, Sharifimanesh Street, Pol-Rumi, Shariati Avenue, and run through December 25.

“All the works are in Nasta’liq (among the most fluid calligraphy styles, with short vertical and long horizontal strokes), mostly created during calligraphic exercise in the script.” Some of the featured works are arranged in Chalipa panel (consisting of four diagonal hemistiches of a poem, often with a moral, ethical or poetic theme). They are all rendered in various colors and adorned with illuminations.

“I try to pick a poem or a piece with a certain message. This is why I usually turn to the works written by Persian poets Hafez (1325-1390) and Rumi (1207-1273). I’m concerned more about the message a work conveys. Across the world, Persians are famous for three arts: rug-weaving, calligraphy and literature,” he said.

One can observe the precision of carpet designs in the illuminations drawn around calligraphies. All the famous Iranian arts are manifested in calligraphy. It goes without saying that literature is omnipresent in calligraphy.

The exhibit is open all days and the visiting hours of the gallery are from 9 am-7 pm.