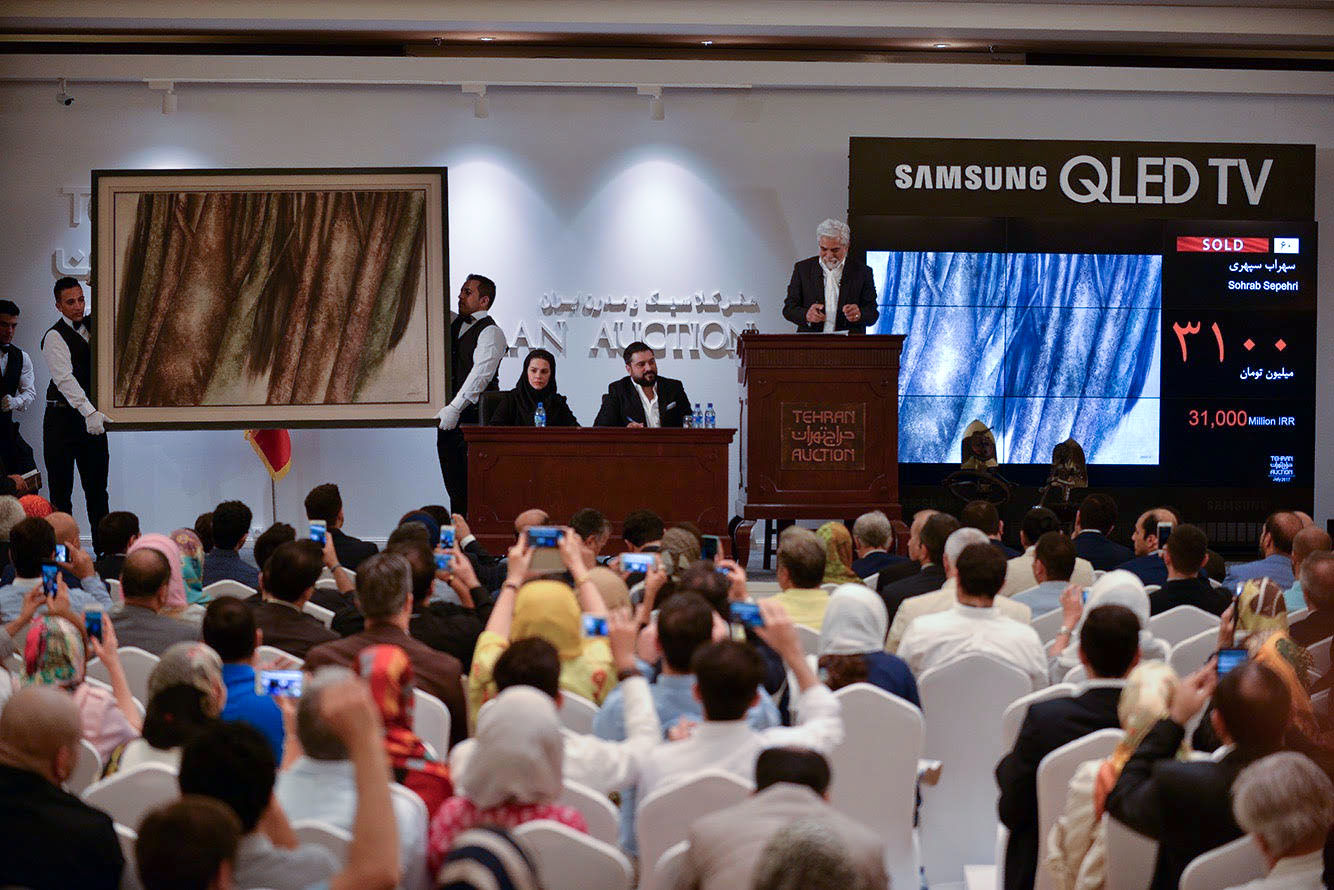 TEHRAN (iranart) – An untitled work from Sohrab Sepehri’s Tree Trunk series sold for 31 billion rials (over $800,000) at the Tehran Auction Friday evening, breaking a record at the annual sale of national contemporary art.

A selection from the series that sold for 30 billion rials last year held the record at the auction.

“Poet and Cage”, a bronze sculpture by Parviz Tanavoli, fetched 25 billion rials (over $650,000), was the second most expensive item sold at the auction, which was held at the Parsian Azadi Hotel Friday evening.

The third most expensive items sold at the auction were “Blind Eagle”, a painting by Bahman Mohasses, and another painting from Sepehri’s Tree Trunk collection. The works each were sold at 12 billion rials (over $310,000).

Seventy-two works went under the hammer at this year’s auction that broke the records of previous editions by grossing over 261 billion rials (about $6.9 million). Only a miniature painting by Javad Rostam Shirazi with an estimate of 600 to 800 million rials failed to find a buyer. The art sale grossed 253 billion rials last year.

The Ministry of Culture and Islamic Guidance purchased an untitled painting by Behjat Sadr and “The Royal Lodge” by Kamalolmolk to showcase at the Tehran Museum of Contemporary Art (TMCA), Deputy Culture Minister for Artistic Affairs Ali Moradkhani announced at the auction.

The Tehran Auction was established by former TMCA director Alireza Sami-Azar who is also the director the art sale.