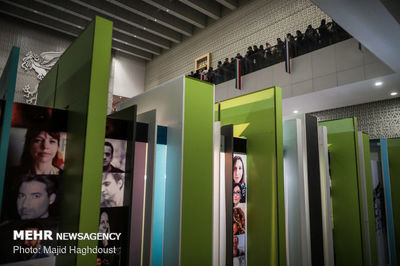 The lineup for this year's edition of Iran's major documentary festival includes 55 titles from 39 countries, with German filmmakers leading the list with eight films.

French documentarians come on the heels of Germany with seven films. Italy and the United States come next, each with six participating titles.

Other participating filmmakers are from Norway, Latvia, Qatar, Australia, Japan, Indonesia, Switzerland, Macedonia, Argentina, Ireland, and other parts of the world.

Notable in the international competition section is the premiere of Iranian documentary ‘No Place for Angels’ by Sam Kalantari, which tells the gripping story of the national Iranian women’s hockey team for the first time.

According to the director, ‘No Place for Angels’ is about the stories of the national Iranian women’s hockey team and the major events that take place in their lives. The film depicts the hopes, fears and dreams of these girls, and narrates the story of their participation at Asian games.

Iran’s Cinema Vérité is organized by Iran Documentary and Experimental Film Center (DEFC), and presided over by Mohammad Hamidi Moghadam for its 13th edition.

Charsou Cineplex in downtown Tehran is hosting the event from 9th Dec. to 16th Dec. 2019.