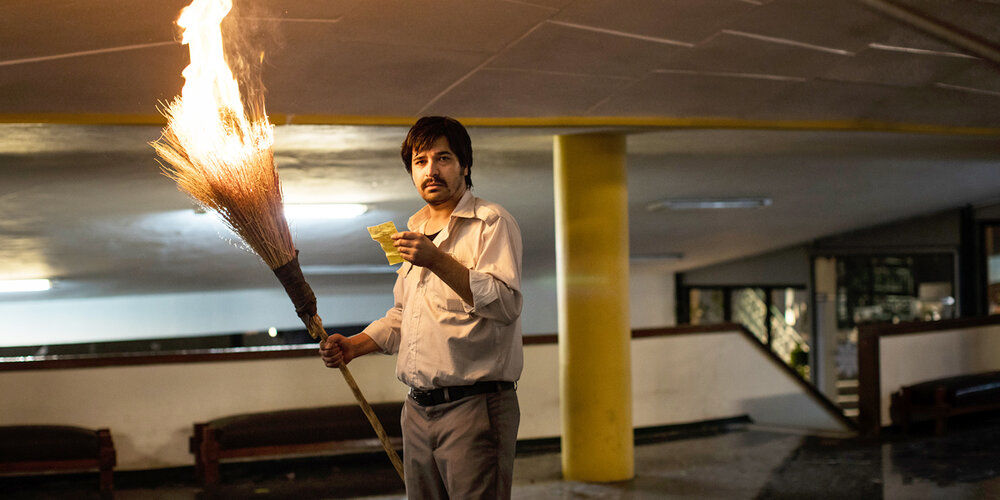 TEHRAN –(Iranart)- Iranian director Shahram Mokri’s latest film “Careless Crime” has won the Silver Hugo of the jury at the Chicago International Film Festival, which was held from October 14 to 25.

“Fish & Cat” and “Invasion” are among two other praiseworthy films by Mokri.

“Fish & Cat” is about restaurant owners who lurk around a student assembly holding a kite competition near a lake during the winter solstice. In 2013, the movie won the special jury prize at the Venice International Film Festival in Italy.

“Invasion”, which went on screen in the Panorama section of the 68th Berlin International Film Festival in 2018, is set in a mysterious stadium covered by a strange fog, where a murder is committed.

While a re-enactment is organized by the police, the murderer and his accomplices prepare another assassination. But little by little everyone seems caught in an infernal time loop.

The Gold Hugo of the Chicago festival went to “Sweat”, a co-production between Poland and Sweden by Magnus von Horn.

Andrei Konchalovsky from Russia was selected as best director for his movie “Dear Comrades!”

The screenplay of “Apples”, delicately constructed and sketched with impressive economy, manages to create a world with its own, odd rules, even as the element that breathes life into this world is the fact it so clearly parallels our own experiences and understanding of the world we live in. The main character’s gradual coming into his own, as he navigates between a past and future unknown, is beautifully modulated, gradually blossoming from an anonymous avatar into a fully fleshed out human being.

Tonio Schneider, Luisa-Céline Gaffron, and Andreas Lust for their roles in “And Tomorrow the Entire World” by Julia von Heinz from Germany.