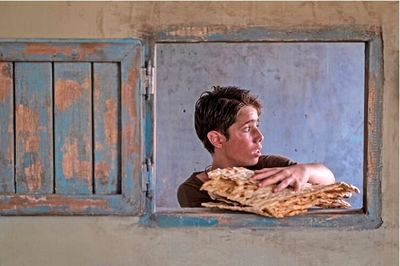 TEHRAN.(Iranart) – Iranian director Majid Majidi’s acclaimed movie “Sun Children” will be screened during Noruz as the Iranian New Year holiday has been blemished by the fears of COVID-19.

The Screening Council of the Ministry of Culture and Islamic Guidance also announced on Monday that Iranian theaters have begun screening four other new movies since the past week in the ministry’s annual program to enrich people’s spare time during Noruz.

Director Shahram Shah-Hosseini’s comedy, “Treat Humanly Once a Week”, is another movie on the Noruz lineup, which also features “Laleh” by Asadollah Niknejad, “Khun Shod” by Masud Kimiai and “Ace” by Majid Mafi.

Meanwhile, the government and Health Ministry, in particular, are asking people to avoid traveling due to the pandemic.

The child labor drama “Sun Children” was among the 15 movies selected for the foreign-language film category longlist at the 93rd Academy Awards. However, it failed to compete for the honor as the finalists were announced by the academy on Monday.

The film is about the 12-year-old Ali and his three friends. Together, they work hard to survive and support their families, doing small jobs in a garage and committing petty crimes to make fast money. Everything changes, however, when Ali is entrusted to find a hidden treasure underground but must first enroll at the Sun School, a charitable institution that tries to educate street kids and child laborers.