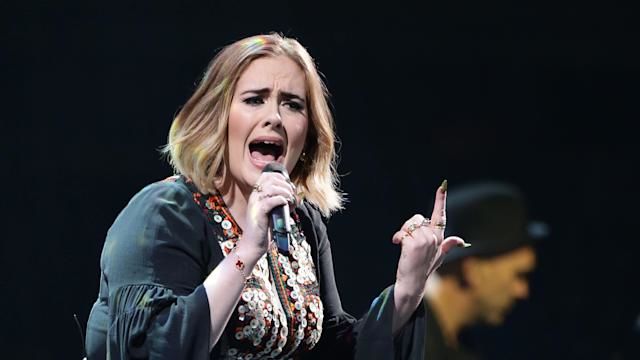 The UK’s music consumption rose for a seventh successive year in 2021, with streaming accounting for 83% of the total, according to figures. In June, the country saw its first week in which audio streams topped the 3 billion mark – a feat that was repeated three times in December, record labels association the BPI said. Some 180 artists reached more than 100 million streams in the UK over the past 12 months.

Iranart:The BPI’s update for 2021, based on Official Charts Company data, indicates total recorded music consumption in the UK rose by 2.5%.

About 159 million albums or their equivalent were streamed or purchased across all formats.

This was made up primarily of streams, comprising 147 billion individual audio streams – up 5.7% on 2020, representing an equivalent of 132 million streamed albums.

BPI chief executive Geoff Taylor said: “As our lives continue to be disrupted, the past 12 months have reminded us again of the important role that recorded music plays in our lives.

“At the same time, the rise of streaming has empowered more artists than ever – from all backgrounds and eras – to build new fan bases around the world and to forge successful careers in music, while record labels have continued to provide the investment and support needed for British talent to thrive and reach a truly global audience.”

The figures come amid increased scrutiny of the streaming model after a Digital, Culture, Media and Sport Committee inquiry concluded that “pitiful returns” from music being streamed online were impacting the “entire creative ecosystem”.

Ministers referred the market dominance of major record labels to the Competition and Markets Authority, but the BPI warned legislative intervention could “negatively impact performers, jeopardising the hard-won return to growth after years of decline”.

The BPI report said Adele’s fourth album, 30, was the best-selling record of the year, and eight of the top 10 records were from British artists.

Ed Sheeran was in second with Equals while Swedish pop superstars Abba were third with their comeback record Voyage.

Olivia Rodrigo took fourth with Sour and Queen were in fifth with their Greatest Hits.

The biggest-selling single of the year was Bad Habits by Sheeran.

US pop singer Rodrigo took second and third places with Good 4 U and Drivers License.

Save Your Tears by The Weeknd and Montero (Call Me By Your Name) by rapper Lil Nas X were in fourth and fifth.