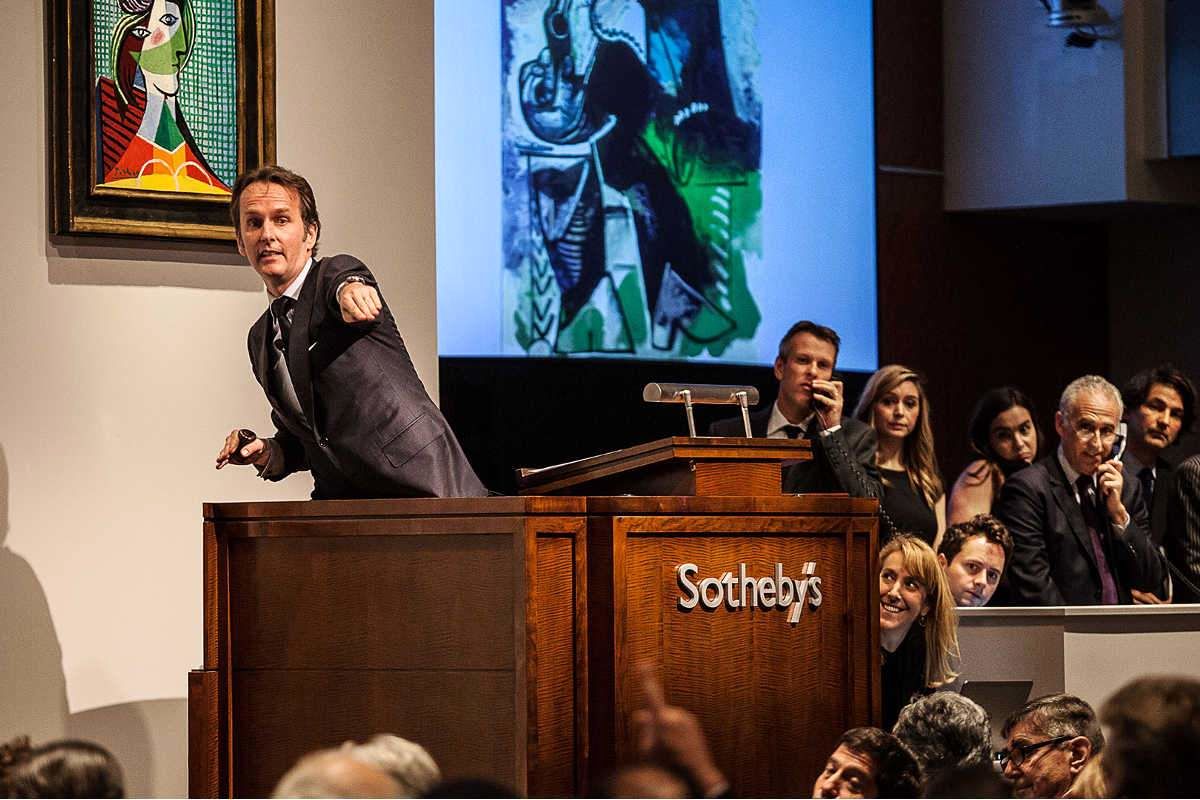 The global art market performed at record levels in 2021, with billions of dollars being paid for works by impressionist, postwar and contemporary artists, and much of it bought by people whose wealth comes from cryptocurrencies or other technologies.

Iranart:More than $2.6bn (£2bn) of art was sold in two weeks by leading auction houses in New York in November. Four works by Vincent van Gogh sold for $161m, including $71.4m paid for ‘Wooden Huts Among Olive Trees’ and ‘Cypress Trees’.

In May, Jean-Michel Basquiat’s 1983 two-metre-tall painting ‘In This Case’ became 2021’s single most expensive painting to change hands when it sold for $93m. The sale in November of 35 works from the Macklowe Collection – by Andy Warhol, Jackson Pollock and Mark Rothko, among others – totalled more than $676m, theguardian.com reported.

“The art market is certainly frothy. And I think the audience for art is larger than it’s ever been. We’re seeing record levels in the 277-year history of our company,” said Charles Stewart, the chief executive officer of auction house Sotheby’s.

Art market experts say demand that was pent up in 2020 by the global COVID pandemic has released at the same time as sought-after artworks are being put up for sale. “There has been an extraordinarily high level of quality material coming to the market and that has drawn the attention of buyers,” said Stewart.

It is not only paintings that are commanding enormous sums. Last month, the ‘Hamilton Aphrodite,’ a Roman sculpture dating back to the first or second century AD, established a new world record for an ancient marble sculpture when it sold in New York for almost $25m, smashing its pre-sale estimate of $2m-$3m.

And a non-fungible token (NFT) of ‘Everydays: the First 5,000 Days’ by Mike Winkelmann, the digital artist known as Beeple, sold for a record $69m in March, making him “among the top three most valuable living artists”, according to Christie’s.

“It’s true that the market is performing at record levels, and certainly outperforming most people’s expectations,” said Katharine Arnold, the head of postwar and contemporary art at Christie’s.

However, the market for old masters was less buoyant, with sales at auctions last month down almost 20% on comparable sales two years ago.

According to the 2021 Contemporary Art Market Report, $2.7bn worth of contemporary art was sold at auction in the 12 months to June, representing a “stronger, more diverse and denser market than ever before”.

Experts attribute the booming market to at least three factors, which may overlap: young “crypto-driven” buyers; the growth in the Asian market; and the belief that art is a good investment at a time of economic uncertainty.

People who have made fortunes from cryptocurrencies and other technologies “are now participating at very high levels”, said Stewart. “They are young and they are global.”

In November, Sotheby’s accepted live bids in the ether cryptocurrency – favoured by the digital art and NFT community – for the first time in the sale of two works by Banksy, ‘Trolley Hunters’ and ‘Love Is in the Air’. They sold for $6.7m and $8m respectively.

In November, a cryptocurrency group amassed more than £47m, or 11,600 ether, in a few days on its online crowdfunding page in an attempt to buy a rare surviving copy of the US constitution. They were outbid by a hedge fund boss and art collector, Kenneth Griffin.

Buyers from Asia accounted for 40% of sales in the contemporary art market in the year to June 2021, beating the US (32%) and the UK (16%). The Asian market has “effectively become the world’s primary zone for the exchange of contemporary artworks”, said the Contemporary Art Market Report.

According to Sotheby’s and Christie’s, Asian buyers account for a third of major international sales. Last year Sotheby’s broke records for sales in Asia, reaching $1.1bn by the end of November.

Another factor supporting this moment in the market was investors looking at “tangible works of art as stores of value” in a time of rising inflation, said Arnold.

There had been a 50% increase in millennials buying and bidding in Christie’s London sales in October, she said. “If the baby boomers were the ones buying aggressively in years past, we’re starting to see a generational shift, and that means that growth doesn’t only come from new markets like Asia, it also comes within the established markets as the younger generation steps in.”