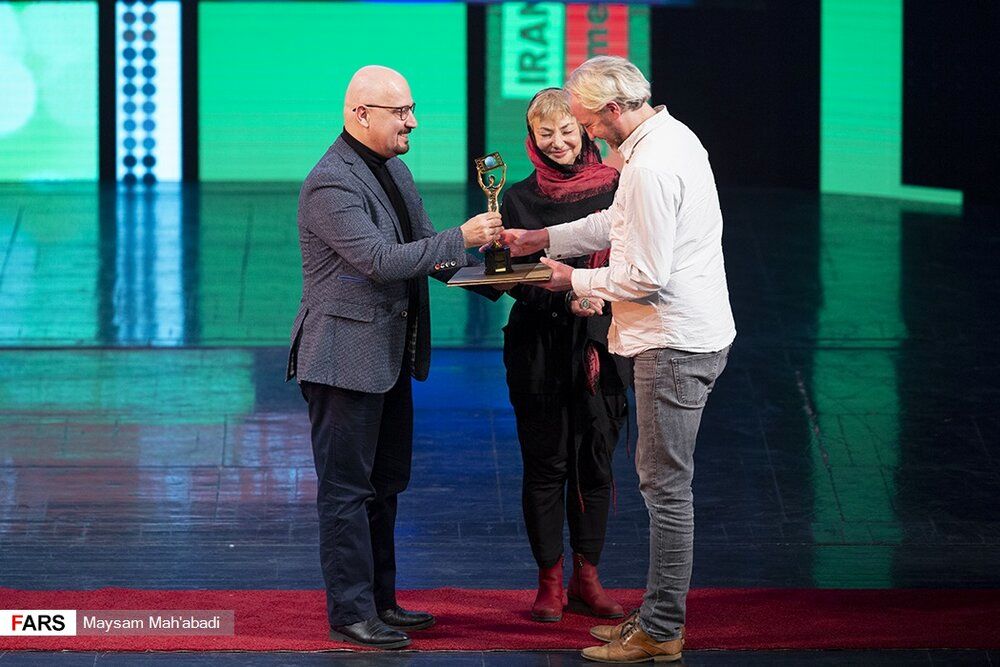 Directed by André Hörmann looks at the dangerous, volatile world of Chicago’s South Side from the perspective of two remarkably gifted young boxers and the fathers who train them; as one begins a rising career in the ring, the other serves time in prison.

The closing ceremony of the festival was organized at Tehran’s Vahdat Hall.

Iranian filmmaker Mohsen Ostadali received an honorable mention in the feature-length documentary category for his “Lunar Eclipse”, which is about a student in an Islamic seminary who is faced with the dilemma of choosing between living as a cleric or pursuing a career in documentary cinema.

The special jury award in this category was shared by “Sheep Hero” by Dutch filmmaker Ton van Zantvoort and “No Place for Angels” by Iranian director Sam Kalantari.

The film is about a Chinese woman who speaks only in voiceover and is never seen. Her account is one of hardship, of a mother who died young, of a father sent to a farm for reform during the Cultural Revolution, of all the things the family lacked.

The award for best short documentary in the international competition remained at home as Iranian director Jafar Najafi’s “Asho” won the award. The film is about a shepherd boy who is obsessed with Hollywood movies and wants to become an actor.

“Spoon”, a co-production of Latvia, Norway, and Lithuania by Laila Pakalnina and “Then Comes the Evening”, a co-production between Serbia and Bosnia by Maja Novakovic, shared the special jury prize in the short and mid-length categories.

In the national competition, the award for best documentary went to “The Barrage” produced by Morteza Sha’bani.

Directed by Morteza Payeshenas and Hossein Momen, the film is about a fierce battle between Iranian forces and ISIS terrorists in Syria.

Mohsen Ostadali was selected as best director for “Lunar Eclipse”, and the special jury award was presented to Mohammad-Sadeq Esmaeili for his “Ador” about the repercussions of living in the shantytowns outside of the central Iranian city of Kerman.

The Cinéma Vérité festival is organized every year in December by Iran’s Documentary and Experimental Film Center (DEFC).