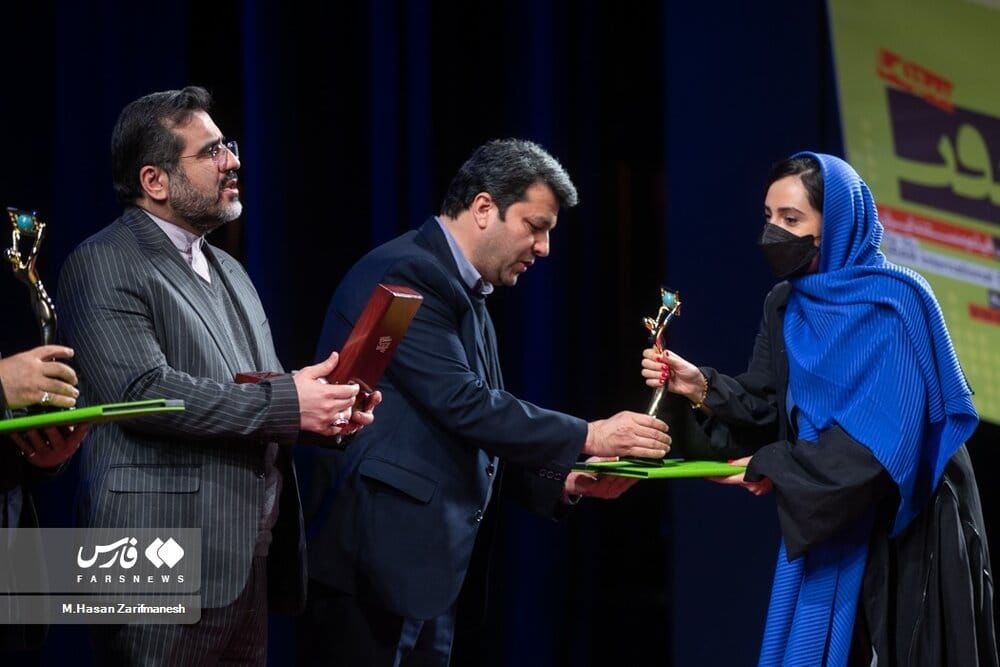 “Makeup Artist” and “Les Enfants Terribles” have shared the award for best feature-length documentary at the Cinéma Vérité festival.

Iranart: The 15th edition of the major Iranian international festival of documentary films wrapped up on Wednesday evening by awarding the best at Tehran’s Vahdat Hall.

Directed by Jafar Najafi, “Makeup Artist” is about Mina, a makeup artist who is determined to realize her dreams. She not only refuses to succumb to her husband and mother-in-law’s fierce opposition, but also paves her own path and pushes forward along it. Gradually, it looks as if the people and world around her are starting to change.

“Les Enfants Terribles”, a co-production from France, Germany and Turkey directed by Ahmet Necdet Çupur, follows a story in a village in the southeast part of Turkey.

Mahmut wants to divorce his newly-wed wife. At the same time, his sister Zeynep enrolls in an open high school and takes on a job in a factory. Against her father’s wishes, she wants to leave the village and ultimately go to university. The siblings’ demands become the center of conflict in their conservative family and community, who are not used to what Mahmut and Zeynep are striving for. Intimately captured by their elder brother Ahmet Necdet Cupur, who left the village twenty years ago to pursue his studies, LES ENFANTS TERRIBLES is a story of clashes between generations, between the past and the present.

“Broken Bones”, a documentary that chronicles the life story of bonesetter Abdollah Ranjbari in the Persian Gulf island Hormoz, won the special jury award. The film has been directed by Alireza Memariani.

This archival deep-dive analyzes the role of images produced in the 20th century by oil companies operating in Iran as part of British colonialism.

The director has close contact with them and the camera, trying to reflect their peculiar perception. Observing the protagonists in different situations, in flashes of genius and moments of crisis, the documentary allows us to glance at their fascinating and unconventional minds.

“A Year in Exile” by Malaz Usta from Turkey was selected best short documentary.

This is the story of a lonely, young Syrian immigrant’s first year outside his small country in a metropolitan city, Istanbul. Through a collection of images and sounds, the film exhibits what he faces, the pictures that he sees, the crowded thoughts in his head, and the state of shock that he lives throughout the year.

“In Flow of Words”, a short documentary by Eliane Esther Bots from the Netherland, won the special jury award.

It is about the piercing experiences of three interpreters of the Yugoslavia Tribunal in The Hague and their position as a channel between speakers and listeners, witnesses and defendants, judges and attendees.

In the national competition, the award for best film went to “Surviving Castle” produced by Farshad Fadaian and Elaheh Nobakht.

The documentary is about Morteza, a man who sells all his properties in the city to restore an old, dilapidated castle in the desert.

Minister of Culture and Islamic Guidance Mohammad-Mehdi Esmaeili attended the closing ceremony of the festival, urging Iranian filmmakers to keep hope alive in the society.

“Hope is the very element that Iran and our dear youth need today more than ever, and the main mission of the artists’ community should be to raise hope,” he noted.

He also announced his plan to screen documentaries for senior Iranian officials to raise their knowledge about the problems facing the country.