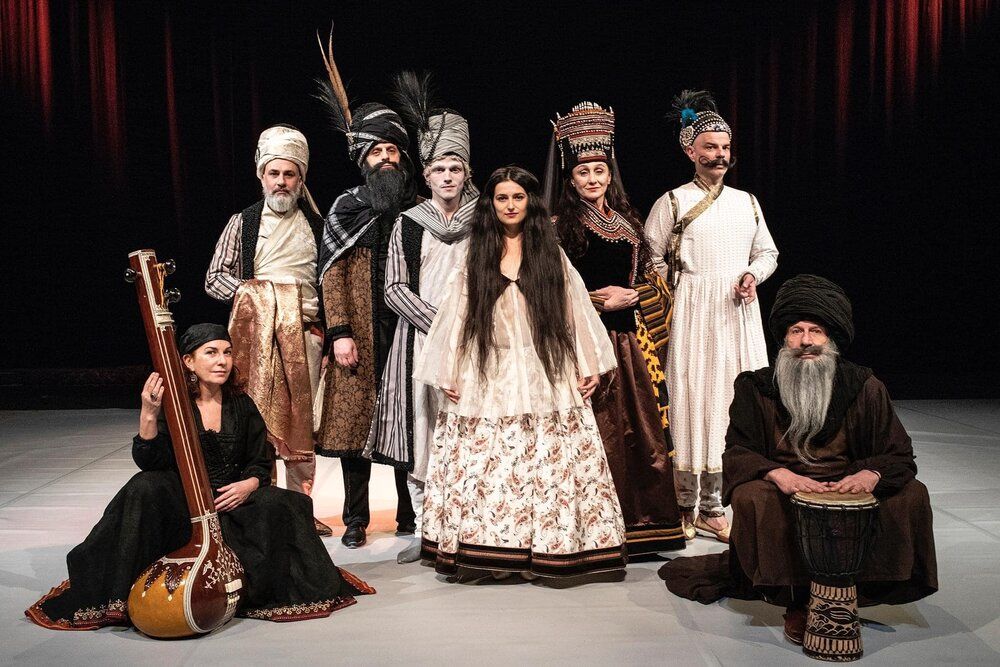 A Bulgarian troupe performed a story from the Shahnameh, the epic masterpiece of Persian poet Ferdowsi, in Tehran on Sunday during the 40th Fajr International Theater Festival.

The play tells the mythical story of Zal, a son who is born to King Sam but the baby has hair as white as snow. Sam thinks his son is either an old man or a demon and orders the baby to be taken to the foothills of the Alborz Mountains and left there.

Zal is found by the magical Simorgh, the phoenix-like bird with red and gold feathers who has her nest on the summit of the mountain. She carries the baby to her next and brings him up as her own.

Some years later King Sam is reminded in a haunting dream how badly he has behaved towards his son. Sam feels remorse and sets out to the Alborz Mountains to see if his son might still be alive.

He finds his son a grown handsome young man, well brought up by the bird. Zal doesn’t want to leave the Simorgh, but she gives him one of her feathers and tells him if he is ever in trouble he must burn the feather and she will come to his aid.

He is reestablished as an Iranian ruler and falls in love with the Arab princess Rudabeh, who marries the greatest Iranian hero.

The story raises questions about power, love, truth and humanity, through which we gain wisdom and understanding of the human soul and spirit.

After the performance, Kuneva talked about 125 years of diplomatic relations between Iran and Bulgaria and hoped that programs such as the performance would help widen the cultural ties between the two countries.