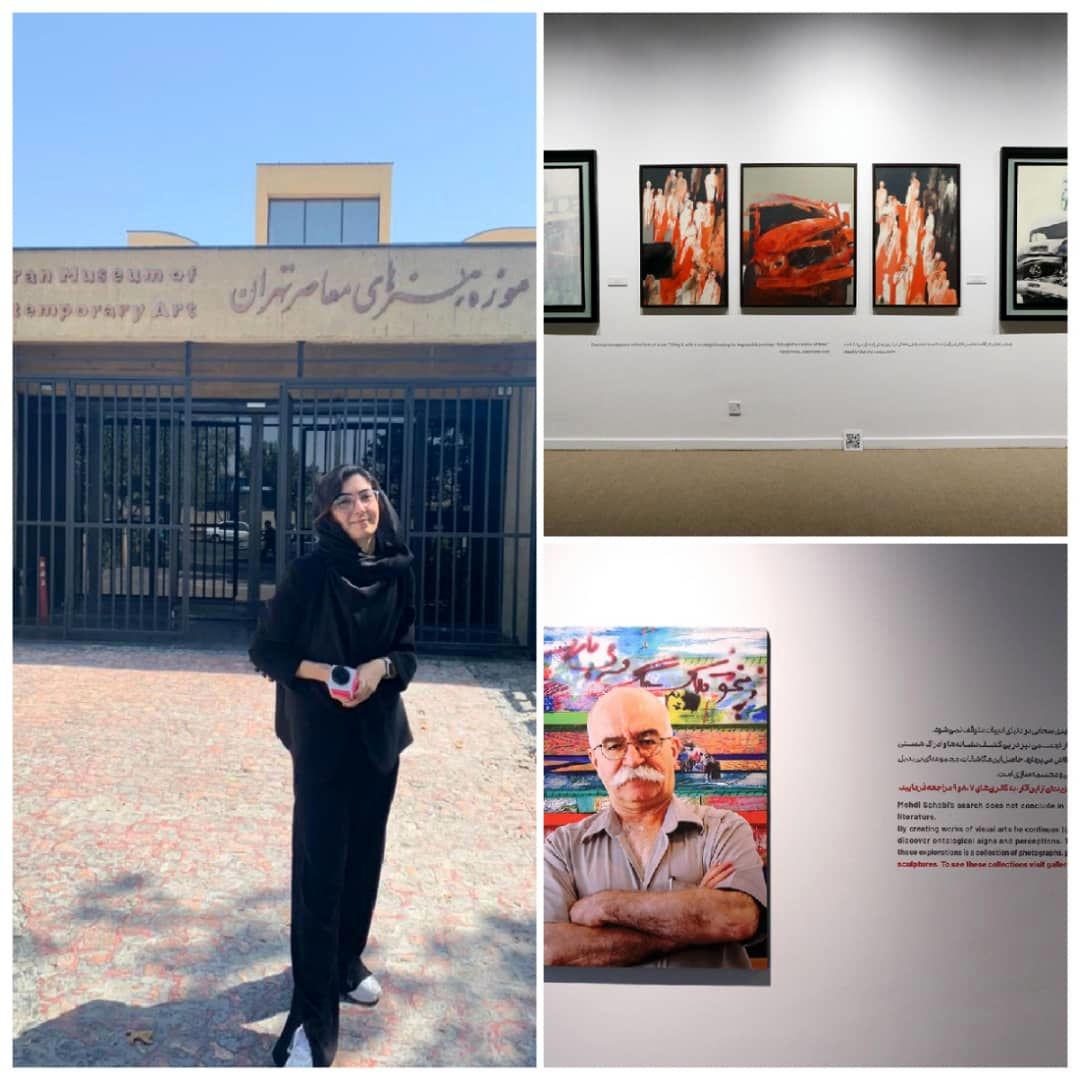 “Mehdi Sahabi A Retrospective” was curated by Mojdeh Tabatabaei, the Director of Mojdeh Art Gallery and is on display in Tehran Museum of Contemporary Arts. This comprehensive exhibition is full of colors and tries to connect the literary aspect of Mehdi Sahabi’s career to his visual aspect.

Entering the museum, the literary section of the exhibition which was curated by Sohrab Ahmadi welcomes the audience, with Mehdi Sahabi’s handwriting and the cover of books written and translated by him on the walls. A couple of books are on display to look through such as “Death on Credit” by Louis-Ferdinand Céline, “Father Goriot” by Honoré de Balzac and “The Red and the Black” by Stendhal. Mehdi Sahabi’s fluency in English, Italian and French opened the doors of translation to him. He started his first translation with the Italian literature and the book “The mural and the Mexican Revolution”. One of his most important works is the translation of the seven-volume novel “In Search of Lost Time” by Marcel Proust, which many believed was untranslatable that took twelve years to accomplish.

The exhibition continues to the visual arts section, where the audience is faced with Mehdi Sahabi’s photographs of the Iran’s days of revolution. These photographs are unique due to their artistic and journalistic essence. Mehdi Sahabi was a journalist for many years; therefore his photos carry a journalistic view alongside his exceptional artistic view. These photos have been displayed for the very first time. Many important characters of the revolution are captured in these photos. Sahabi was a multi-aspectual person, not only in his character but also in his artworks. His artworks vary from photographs to sculptures, paintings and collages. One of Mehdi Sahabi’s most important painting collection is “The Junkyard Cars”. This collection itself contains four subcollections, Junkyard Cars, Junkyard Cars and Figures, Iconic Junkyard Cars and Puzzled Junkyard Cars. These cars painted with different colors on different surfaces depict the decline of modernity and it can be interpreted as a criticize to the modern life of human being. This colorful exhibition continues with Mehdi’s “Graffities”. He believed the walls of a city have a story of their own and they capture the essence and the history of the city. Hence, he has brought the walls on his canvas, combining them with his humor and worldview, depicted a story of his own. On Sahabi’s walls slogans such as down with Sahabi or parts of a poem are seen. Mehdi Sahabi’s “Portraits” collection and his “Self-portrait” collection has been created while he was translating the “In Search of Lost Time” novel, we can clearly see the influence this novel had on the artist in his paintings, the blurriness and the vagueness. Sahabi’s creativeness didn’t stop, he continued and created more collections such as the “Masks”, “Hoard of Achaemenids”, “Flower” and his spectacular sculptures under the name of “Birds” that remind us of the essence of Flight and represents us with many colorful birds created by using basic tools and recycled objects.

This exhibition is on display in Tehran Museum of Contemporary Arts until 19th of December.